With more local government cuts on the horizon, the Arts Council has appealed to councils to “keep the faith, and back local arts and culture”. 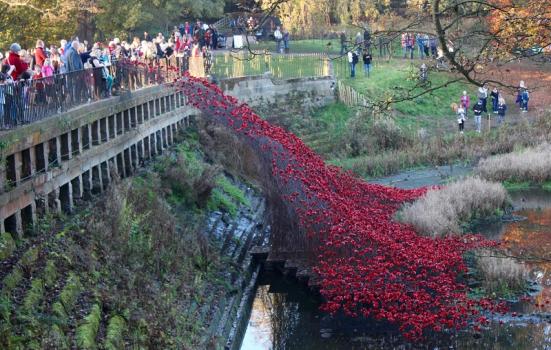 Arts Council England’s National Portfolio Organisations (NPOs) are thriving despite suffering heavy cuts at the hands of cash strapped local authorities over the past five years.

Local authority cuts to NPOs have been disproportionately high compared with cuts to arts and cultural services as a whole, which averaged 17% between 2010 and 2015.

The figures have been compiled by Arts Council England (ACE) and the New Local Government Network for a report on the future of local government funding, which warns that more cuts are to come.

The figures are reflected in the proportion of NPOs’ income coming from local authorities, which has fallen significantly, especially in the North of England where NPOs rely more heavily on local authority funding.

Cuts to the arts have been harsher than the cuts to museums and galleries – 15% during the period – but NPOs appear to coping better. Almost one in five museums have closed a part or branch of their museum or are planning to do so, according to the Museums Association.

Harvey highlighted that some organisations are better equipped to fundraise and generate income through other sources, suggesting those outside of London and smaller organisations may be suffering more from local authority cuts.

He also warned: “The cuts aren’t over”. The 2015 Spending Review laid out plans for local government funding to be more than halved by 2020, with budgets topped up by other sources of income, such as business rates retention.

“Whether any or all local authorities are able to do so remains to be seen,” said Harvey. “But whatever happens, the environment for funding for arts and culture is going to get tougher.”

He used his speech at the report launch event to highlight new ways that local councils are supporting arts and culture, such as through partnership working and finding new sources of revenue, such as tourism levies. He said ACE could help local authorities to form new partnerships that bring investment and expertise together.

He sent a direct message to local authorities: “We’re in, if you’re in.

“We know you are under pressure – but please, find a way to keep the faith, and back local arts and culture.”

He warned that the Arts Council was not in a position to plug the funding gap, although ACE does channel significant funds through local authorities around the country to support the development of sustainable local arts and culture infrastructure. Nearly £9m of its Strategic Grant in Aid funding was shared between more than 80 local authorities in 2015/16. The biggest award, £3.5m, went to Manchester City Council. Smaller awards included Coventry City Council, for work that included developing a 10-year cultural strategy, and Lancashire County Council for its proposals for developing the Lancashire Cultural Partnership.