£3.3m will be invested in the city’s visual arts by 2022 after Arnolfini and Situations were dropped from the national portfolio. 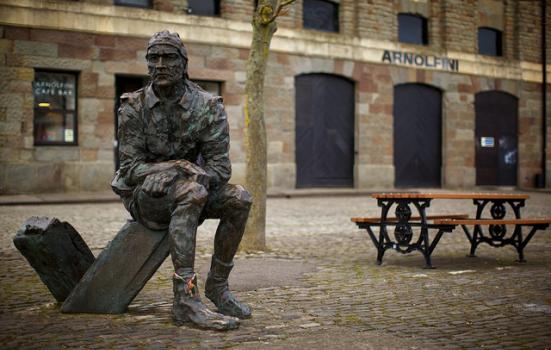 Arts Council England (ACE) has opened a public consultation on the future of the visual arts in Bristol as it prepares to make a £3.34m investment in the artform in the city by 2022.

The funding is ring-fenced from the National Portfolio Organisation (NPO) budget and equivalent to funding that would have been provided to Arnolfini and Situations – two current NPOs that have been dropped from the portfolio from 2018 onwards.

Speculation has grown about the potential for an eventual merger between the two organisations, with one South West commentator saying such a connection would have a “two-way benefit”.

ACE has engaged James Lingwood, Co-Director of Artangel, and Godfrey Worsdale, Director of the Henry Moore Foundation, to lead on the Visual Arts Review.

Those working in the visual arts and gallery-goes are invited to respond to a series of questions either by email or at a scheduled event, and to join the debate through the #BrisVisArts hashtag. The questions are:

The responses will inform a “set of options” for funding the visual arts in Bristol in 2018-22, which will be developed in early 2018. The funded activity is expected to begin in April 2018, alongside the start of the new national portfolio.

The review follows ACE’s surprise decision this summer to drop Arnolfini and Situations from its national portfolio for 2018-2022.

Speaking about the eventual result of the consultation, ACE told AP: “We have no preconceived ideas about the outcomes of the review. We will work with the review leaders, the sector and audiences to develop the most relevant and sustainable, long-term step change in the visual arts in Bristol.”

A potential merger between the two organisations has been mooted, given the founding Director of Situations, Claire Doherty, was selected as the new Director of Arnolfini shortly before the NPO announcement was made.

In addition, a spokesperson for Situations told AP that Doherty was coordinating Situations’ input into the review – despite having left the organisation and taken up post at Arnolfini in August – and that ACE “has been clear” that it wants Situations’ work to continue in “whatever happens next”.

ACE told AP it would “continue to maintain an open dialogue” with Situations to “find the best way forward”.

Suzanne Heath, an independent curator and project manager based in the South West, said she though a merger between the two organisations was possible given Doherty’s “area of expertise and Arnolfini’s history”.

“I think such a merge would have a two-way benefit in that offsite projects should help bring new audiences in to galleries, and offsite projects also give gallery visitors a reason to explore new areas where commissions may be sited, and connecting the two is important,” she said.

She added that the review presents an opportunity to reassess how funding is spread in the city, “perhaps giving the chance for emerging organisations, curators and projects to have a chance to grow”.

Arnolifni told AP it was planning for a number of different scenarios post-2018, and stressed that it would only be able to give more information once it learns about the outcome of the review.

“We’ve got the same assurance as everyone else: that the money for visual arts has been ring-fenced, and we have to work with ACE during the process,” a spokesperson said.

Writing on Twitter, Doherty urged people to contribute to the Visual Arts Review, describing it as a “real opportunity for a city to change its future through the arts”.

An Open Space event will be held at MShed in Bristol on 15 November and the consultation will close at the end of November.

Ministerial taskforce to discuss reopening, but not funding

Culture Secretary Oliver Dowden is asking senior representatives across the DCMS portfolio to find “creative ways to get these sectors...

Local venues could be key to keeping audiences engaged

Rural touring could win back audiences first, as confidence in village hall venues is higher than for other types of auditorium,...

Commercial operators reveal eye-watering losses and other non-subsidised organisations sit on the brink of ruin in the absence of...