A withering letter signed by senior academics raises serious concerns about the recent ACE review of the impact of the arts and the lack of scholarship and consultation with researchers in the field. 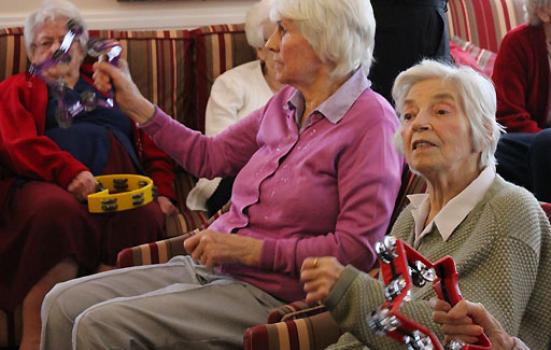 Arts Council England’s (ACE) evidence review of ‘The value of arts and culture to people and society’ “fails to meet the standards universally accepted for the conduct of reviews of scientific research evidence”, according to a group of senior UK academics working in the field of arts and health research. ACE’s review aimed to gather information that shows where the impact of its work is felt, and to identify any gaps to help shape future research commissions. But in a letter to ACE Chair Sir Peter Bazalgette, the academic community and other professionals specialising in arts and health say that the report “does not provide an adequate overview of developments in our field, nor does it offer a satisfactory basis for the proposed new funding programme for research to support developments in policy”.

The letter is signed by Professor Stephen Clift, Director of the Sidney De Haan Research Centre for Arts and Health, and a list of senior UK arts and health researchers, some of whom are involved in the multidisciplinary Arts, Health and Wellbeing programme funded by the Economic and Social Research Council, which is aiming to develop a better understanding of how the arts may contribute to health and wellbeing. Their main concerns relate to “the inadequate methodology employed to identify and review research evidence and the limited and selective range of sources considered”. The ACE review considered only research generated since 2010, and criticisms of the report include its failure to include many important early contributions to the field of arts and health, including some that ACE itself supported. Coverage of the period from 2010 onwards is also described as “far too limited” as it fails to mention “the growing number of recent systematic and rapid reviews of the arts, wellbeing and health literature”. The procedures used to identify and select reports for inclusion in the review are described as “woefully inadequate” and as having “clearly failed to identify considerable amounts of UK research published in the peer-reviewed scientific literature since 2010”, including important international studies.

The letter concludes that it is encouraging that ACE recognises the need to work in partnership with academics in higher education, and welcomes ACE's intention to establish a new programme of funding for research on the value of arts and culture from autumn 2014. But the authors stress the need for ACE to work closely with the National Institute for Health Research, the National Institute for Health and Care Excellence, NHS England and Public Health England, as well as with national research funding bodies and the DCMS. It ends with the offer: “Should you require more robust and suitably focused reviews of the existing literature on the value of arts and culture, there is considerable expertise in the arts and health research community to provide them.”

Professor Clift told AP: “We are particularly writing about the arts and wellbeing… but I think exactly the same points could be made about the other themes in the report.” On Monday 7 April he will be taking part in a roundtable discussion on arts and health, called by Ed Vaizey. The All Party Parliamentary Group on Arts and Health has also written to Peter Bazalgette expressing its concerns about the ACE report.

If the ACE review considered only research generated since 2010, it might also only have looked at work produced similarly recently. That work is more likely to be unexciting compared to times before because the funding for such work was cut around that time. Thus such work as was produced since 2010 might be considered unsuitable to be assessed as best practice. It was the best that could be done with minimal funds. As a practitioner myself, our best work was done in the 1980’s and 90’s. We have not been offered work in this field for a good five years, so, if ACE were to look for good work from us since 2010 they would find none because the funding had ceased.

Arts impact cannot be proven, say researchers
Takes one to know one