Funding from the Arts and Humanities Research Council will also support a new Policy and Evidence Centre, aiming to improve decision-making in the creative industries. 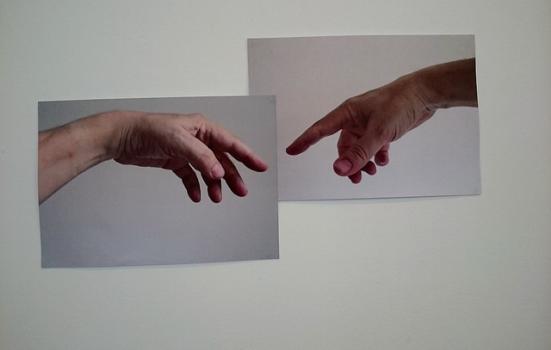 Artwork at the Fruitmarket Gallery, part of the Edinburgh cluster
Photo:

Bristol’s multi-arts venue Watershed, National Museums Scotland and Punchdrunk theatre company are among the cultural organisations supported through an £80m ‘creative clusters’ programme that unites researchers and the creative industries in a bid to “safeguard the future prosperity of the country”.

Investment from the Arts and Humanities Research Council (AHRC) will support nine projects, spanning the four nations of the UK, that will aim to drive the creation of jobs and new companies in areas ranging from digital storytelling to video games.

The scheme will also see the creation of a new Policy and Evidence Centre, led by Nesta, to improve the quality of decision-making across the creative industries.

The creative clusters initiative, part of the Government’s Industrial Strategy, is billed as a “first of its kind research and development investment”.

Watershed, Aardman Animations and the Royal Shakespeare Company (RSC) are part of the Bristol and Bath cluster, which will focus on growing the region’s screen and performance industries and helping them adapt to emerging technologies.

Creative Scotland is involved in a project in Dundee, looking at delivering training opportunities in the video game sector and “intensifying growth, diversification and cultural engagement”.

Other clusters include a partnership between the University of Edinburgh, the Fruitmarket Gallery and National Museums Scotland to bring “data-driven innovation” into Edinburgh’s design and advertising sector; and a collaboration between the BBC, Punchdrunk and Royal Holloway, University of London on creating innovation in immersive storytelling to “reach audiences in new and complex ways”.

AHRC will also fund a new Policy and Evidence Centre (PEC), to address gaps in the evidence base that exist despite the economic strength of the UK’s creative industries.

In a blog reflecting on the announcement, Nesta’s Hasan Bakhshi says that the PEC will enable “unprecedented” engagement between academic researchers and industry, investors, educators and policymakers. He adds that the evidence will be “essential to inform targeted industrial policies for the sector”.

“If we are successful, the PEC will result in more consistent, higher quality evidence, that is more credible and that addresses the research questions that actually matter to industry and policymakers.

A Creative Industries Federation spokesperson stressed the organisation’s hope that the centre would provide “independent and authoritative insight” to aid the development of policies for the UK’s creative industries.

The Centre is distinct from a new £2.5m Centre for Cultural Value (CCV), which is also backed by AHRC, alongside the Paul Hamlyn Foundation and Arts Council England.

AHRC explained that the PEC will cover the creative industries as an economic sector and will focus on providing analysis, evidence and research to other researchers, policy makers, creative businesses and sector organisations.

By comparison, the “smaller, more targeted” CCV will concentrate on the impact of cultural organisations.

The spokesperson added that the CCV will work with cultural organisations to enable more effective use of the existing evidence around cultural value, advance knowledge about the value of arts and culture in the UK and develop approaches to how this value is captured and shared.

Both centres will have a UK-wide focus. The spokesperson said there would be “some natural overlap and opportunity to work together”.