A government committee has been warned that a crisis is facing music in Wales and new ideas are essential. 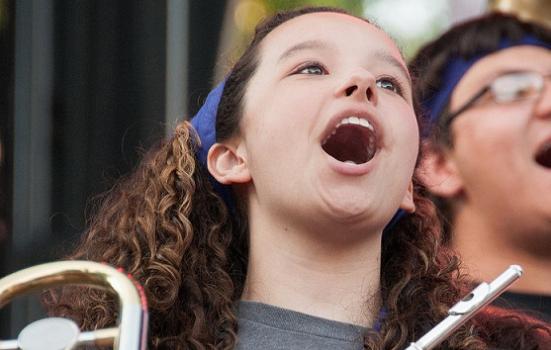 The Welsh Government must ring-fence music funding in local authorities to address a looming ‘crisis’ in music education, a committee inquiry has heard.

It was also told establish music education hubs, similar to the model used in England, and to create a national loan fund to give children across Wales ready access to instruments.

“We’re losing people coming through the system,” he said. “If the players aren’t coming through, how do we sell Wales as a musical nation? It’s impossible.”

The inquiry, focused on ‘Funding for and access to music education’, is the result of a public poll. The committee is currently consulting on a proposed scope for the inquiry, which includes:

It does not intend to assess the place of music in the current or new curriculum, which will include the expressive arts as one of six areas of learning and experience for primary and secondary schools.

Hughes re-iterated comments he made in December about “a real crisis” in music education, pointing to falling numbers of instruments and choirs in schools as evidence.

He also celebrated the process of learning an instrument, saying its impact on self-discipline, mental wellbeing and an openness to criticism could not be replicated by other subjects.

Hughes called for the creation of a group or organisation to follow a ‘music hub’ model, similar to the one operating in England, which could connect music providers by region to share best practice, teacher time and resources.

But the committee recognised the different economic contexts the two countries operate in. Neil Hamilton, leader of the UK Independence Party in Wales, said: “In England they give £75m a year in central ring-fenced funding for music education hubs.

“In Wales, about £20m is spent on all arts in education but music is only one element in that – so the per capita funding overall is the same, but the music element in it is much less than in England.

“We definitely need the Welsh Government to give a higher priority to this area.”

Asked if local authority money for music education should be ring-fenced, Hughes said: “Absolutely and no question.”

“We need to think outside the box and come up with something absolutely new,” he added.

Feedback on the proposed scope of the consultation can be given until 3 February.