It is becoming increasingly less likely that culture and arts services will be able to play a meaningful part in delivering the Government’s ambition of tackling poverty and promoting social justice, the Welsh Local Government Association has warned. 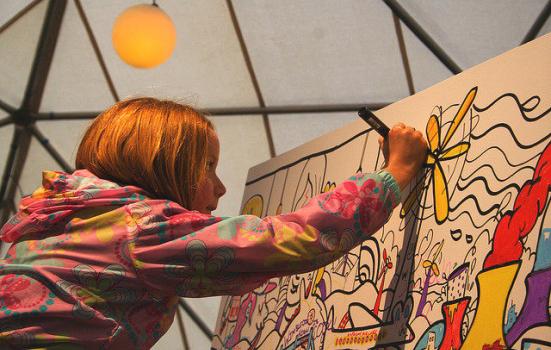 Local authorities are beginning to warn of “comprehensive service failures as a result of unprecedented budget cuts” in Wales, where culture, sport and leisure services have seen cuts of more than a quarter (27%) and the Welsh Local Government Association (WLGA), which represents the 22 local authorities in Wales, is predicting a further £860m in cuts by 2017-18. In a new report, ‘The impact of reduced support by Local Authorities for cultural & art service provisions’, the WLGA reveals that, as a result of the 3.5% cut in the 2014-15 local government settlement, local authorities have reduced spending on non-statutory culture and leisure services by between 5% and 30%. A further round of budget cuts due for 2015-16 – provisionally set at between 2.4% and 4.5% – could also see disproportionate reductions in discretionary service areas, including culture, of as much as 10% to 20%.

Acknowledging the Welsh Government’s “ambition and priority of tackling poverty and promoting social justice”, the WLGA raises concerns about expectations that local authority culture and arts services will play a part in improving the lives of the most disadvantaged. The report says the financial situation will more than likely “create a barrier to cultural participation and accessibility within communities”, with children and young people from disadvantaged communities most at risk of missing out.

Budgetary pressures, combined with an obligation to deliver certain services, are leading local authorities to re-examine their services and delivery models. Some councils have removed all funding for cultural services, contracting them out, or transferring their assets into community trusts in an attempt to protect them. Others have been “collaborating together to provide effective public services in the interest of local communities”.

As local authorities continue to look at innovative ways of working, the WLGA believes that more authorities will consider transferring cultural assets and provisions into community trusts to avoid cutting services. But the trust model is seen as “complex, time consuming and costly to set-up”, so WLGA is asking for Welsh Government support, advice and guidance to help local authorities and communities interested in exploring this option. Also, given that “when it comes to cultural and art services, audiences, artists and members of the public cross local authority boundaries with complete disregard and impunity” the WLGA is calling on the Welsh Government and partners to promote and encourage collaborative ways of working in all regions of Wales, and provide local authorities with the resources they need to develop joint working arrangements.

The publication of the WLGA report has coincided with a response by the Welsh Government to the Culture and Poverty report, in which Baroness Kay Andrews recommended more than 30 measures aimed at anchoring culture in communities to help drive up educational standards and address poverty. Speaking in the Senedd, Deputy Minister for Culture, Sport and Tourism, Ken Skates endorsed the report and its recommendations and said he was “proud Wales had taken the lead in highlighting the powerful role culture can play in tackling poverty”. He also set out proposals to establish ‘Pioneer Areas’ across Wales, where cultural organisations will link with community groups and Communities First activities to reach those who don't normally engage with cultural activities.

A new forum has been established in Swansea, to bring together key cultural players with those responsible for addressing community needs and tackling poverty. The Deputy Minister said: “I am pleased to announce our intention to establish Pioneer Areas across Wales which will be influential in pushing ahead our work to mainstream access to arts, culture and heritage to the most disadvantaged communities in Wales. I was encouraged by a visit to Swansea last week during which I heard about the work underway to improve access to culture through the city’s Creative Learning partnership. There is still much work to be done but we are already seeing the impact this is having and the potential is genuinely exciting.”

Engagement workshops have been held with other potential pioneer areas with a view to them starting work in April 2015. A national programme of research and evaluation will enable participants to share learning and good practice.

Joined-up thinking puts arts on the main agenda in Wales