Joined-up thinking puts arts on the main agenda in Wales

The Welsh Government is preparing to harness the arts, culture and heritage in its battle against poverty and social exclusion. 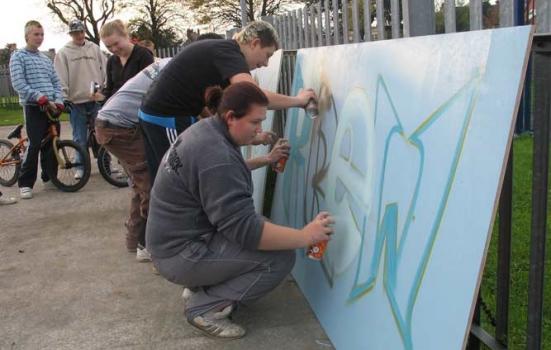 Arts and culture are at the heart of a wide-ranging set of recommendations for tackling poverty, closing the attainment gap in schools and driving regeneration in Wales. In ‘Culture and Poverty’, a report commissioned by the Welsh Government, Baroness Kay Andrews proposes more than 30 measures aimed at anchoring culture in communities, breaking down barriers to participation in cultural institutions, driving educational standards and delivering joined-up strategies for cultural infrastructure that will lead to cultural and heritage organisations working more closely together to address poverty.

Andrews makes it clear that cultural organisations, as well as local and national policy-makers need to take responsibility for driving different elements of her proposed programme of change work, and indicates where individual action is appropriate and where collective action is required. Cultural organisations are called upon to widen access and become more community and child-friendly; to give greater priority to shared projects in local communities; and to work with the Welsh Government to extend cultural enrichment activities that support learning outcomes in schools. They are also asked to conduct a ‘skills audit’ demonstrating the practical skills that can be gained through arts, culture and heritage participation. The Welsh Government is seen as key to addressing the transport barriers that prevent people from disadvantaged areas visiting cultural sites and events; and another recommendation calls for the Government to incentivise local authorities to look at possibilities for cross-boundary support and sharing of museum, library, arts and archive provision to support increased focus on community and education work. The report also suggests how organisations can develop stronger links with anti-poverty schemes, such as the Welsh Government’s Communities First programme.

In her foreword to the report, Andrews notes that the brief for her review – to explore with cultural and heritage bodies across Wales how they could contribute more effectively to reducing poverty and raising ambition – “was not a question that has been asked in this form in any other UK country.” Although the review was commissioned by the Minister for Culture and Sport Minister, John Griffiths, it was done so in collaboration with the Ministers for Communities and Tackling Poverty, Housing and Regeneration and Education and Skills, and she continued: “By identifying access to and participation in the arts, culture and heritage as an aspect of social justice itself and a powerful weapon against poverty, in all its manifest forms, the Welsh Government has made it clear that it understands the role played by culture in making us the sort of people we are and the people we want to be.” The report complements and builds on a 2013 independent report into Arts in Education in the Schools of Wales, led by Professor Dai Smith. The Welsh Government will publish a detailed response and action plan later this year, in parallel with the response to Dai Smith’s report.

Tuesday, 29 September 2020
The Welsh Government is developing a Freelancer Pledge that will encourage freelance workers in the cultural and creative sectors to use their skills to partner with public services "to bring... read more