Bhathena, who joins from the Greater London Authority, has pledged to reach all communities across Coventry, not just regular arts attenders. 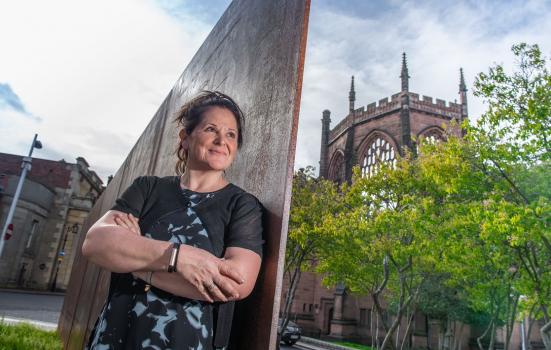 Chenine Bhathena has been appointed Creative Director for Coventry’s year as UK City of Culture 2021.

Currently Senior Culture Manager at the Greater London Authority (GLA), where she leads the Culture and Placemaking Team and was Programme Director for the £3.5m London Borough of Culture award, Bhathena will start in the role from July.

“This is an amazing opportunity to shine a global spotlight on Coventry and highlight the rich heritage and the brilliant community in the city,” she told AP.

“I want more artists and people to visit – I want to increase tourism. I see the year as a fantastic chance to work with people across Coventry, and to co-create with all communities.”

Bhathena’s current role at the GLA has seen her lead a range of high-profile arts programmes for the Mayor, such as the inaugural Lumiere London light festival in 2016 and creative initiatives to increase engagement with the river Thames.

From 2009-2013 she worked as London 2012 Creative Programmer, leading the £8m programme of outdoor arts events across greater London as part of the London 2012 festival. Prior to that she spent four years as Arts Council England’s national lead for Outdoor Arts, and 15 years as an independent producer.

Coventry’s winning bid for the UK City of Culture title follows a year of success in Hull in 2017, which saw 95% of the city’s residents attend a programmed cultural activity and a 30% increase in ticket sales for Hull’s arts venues.

Bhathena praised Hull’s achievements but stressed the cities are in a “different location, with a different heritage, and with different story to tell”.

She continued: “We want to focus on the diversity of the city and shine a light on young people. Coventry is one of the youngest cities in the country, and we want to tap into this curiosity and dynamism.

“We want to reach all parts of the community – not just regular arts attenders. We’re excited about working on great projects with carers and working closely with refugees.”

She dismissed concerns raised by some about the risk that place-based culture schemes can lead to gentrification, saying culture is neither a tool for regeneration nor gentrification and instead a way of connecting and strengthening communities.

“Regeneration is happening anyway, and it’s true gentrification can sometimes follow from that,” she added.

“My job is to listen to people and hear what they need so that culture can be used to make regeneration a positive experience for everyone – and we will work to bring communities together.”