Eight boroughs will ultimately receive a slice of the funding through the Mayor’s London Borough of Culture competition, which has been labelled both “transformative” and “divisive” by commentators. 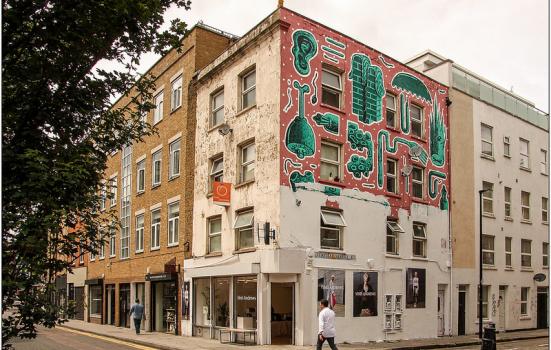 Street art in Hackney, which will not be entering the competition
Photo:

Sixteen councils in the capital have confirmed they will be competing for the London Borough of Culture award, a city-wide initiative modelled on the UK City of Culture and the European Capital of Culture competitions.

Bids have already been announced by boroughs including Greenwich, Camden and Bexley, while others, such as Croydon and Enfield, have indicated they will launch bids in coming weeks.

Two boroughs told AP they would not be applying, with the Royal Borough of Kensington and Chelsea indicating it would focus on other priorities, such as a response to the Grenfell Tower disaster.

The competition has provoked a mixed reaction. Some councils have deemed it a valuable opportunity to drive economic and cultural renewal, but one cultural commentator has labelled it a “divisive” initiative that uses artists and art as “gloss for social cleansing”.

The London Mayor Sadiq Khan’s competition, announced in June, will see two boroughs ‘win’ the award in 2019 and 2020 respectively. They will receive £1.1m in funding each, with additional support from the Paul Hamlyn Foundation and Heritage Lottery.

London-based cultural institutions will support the selected boroughs, which are encouraged to consider how arts and culture can help deliver their local plans.

A further £600k will be split between six boroughs for “exemplary individual projects”.

AP asked all 32 London boroughs for confirmation of whether they would be applying, why, and when a bid would be announced.

16 boroughs have either launched or will launch a bid, four said they were undecided, and two confirmed they would not be bidding.

The competing boroughs are as follows:

Several bidding boroughs, such as Waltham Forest, Newham, Hounslow, Kingston and Lewisham, emphasised the diversity of their neighbourhoods, with Brent declaring it was “so much more than the events at Wembley Stadium or Wembley Arena”.

The Borough of Greenwich said the competition was a “once-in-a-lifetime opportunity to put Woolwich, Thamesmead and the east of the borough on an equal footing with historic, maritime Greenwich”, and said its vision would use the “transformative” effect of arts and culture to “spearhead an economic and cultural renewal of the local area”.

Other boroughs, such as Camden – home to the Roundhouse and JW3 – pledged to work closely with locally-based arts organisations on the bid.

“If Camden were successful in its bid, this would vastly increase our ability to stage quality activities that people would want to attend, across the spectrum,” said Councillor Jonathan Simpson, Camden’s Cabinet Member for Culture.

He added: “Culture is good for communities and good for business.”

Alongside Kensington and Chelsea, Hackney confirmed it would not be competing.

Councillor Guy Nicholson, the Culture lead at Hackney Council, told AP the borough did not intend to submit a proposal because it was in the process of “developing its own arts and cultural sector” through a new audience participation and engagement programme.

Barking and Dagenham, a participant in Arts Council England’s Creative People and Places programme, joined Richmond, Harrow and Barnet in telling AP it was currently undecided on whether it would be submitting a bid.

But others have criticised the award, with PhD researcher Stephen Pritchard labelling the competition “divisive”, pitting London’s boroughs against each other in “Creative City warfare”.

“The competition is part of Sadiq Khan’s manifesto commitment to make the most of London’s arts, culture and creativity,” he told AP. “It simultaneously argues on the one hand for protected artists’ zones to safeguard them against displacement by gentrification and on the other for the promotion of the city’s creative industries as a means of continuing its economic growth.

“The competition is dressed up in vague nods to community, diversity, etc. but, as is clear in the award’s application guidance, it’s essentially about skills development, new investment and financial ‘leverage’ – it is about neoliberalism and the accumulation of capital by dispossession.”

This was echoed by Oli Mould, a lecturer at Royal Holloway, who said the London Borough of Culture award and similar competitions fit an economic narrative in which “culture is emptied of its nuances, contradictions and indeed its humanity, all for the purposes of lining the pockets of developers and the politicians who placate them”.

The application deadline is 1 December and the results will be announced in February 2018.