Ticket touts who use bots could face huge fines

Under a planned new law, people who use automated software to bulk buy tickets and sell them on at above the retail price will face unlimited fines. 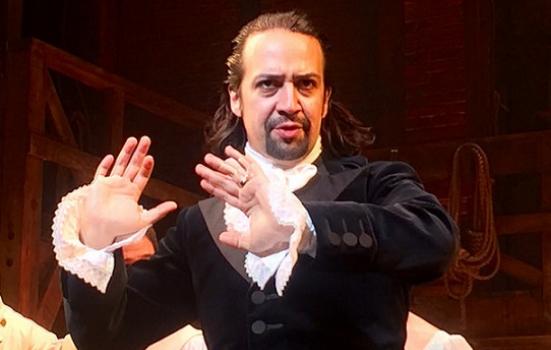 Hamilton: tickets cost up to £6,000 on secondary sites
Photo:

A new law was set out in parliament this week targeting ticket resellers who use ‘bots’ to buy more than the permitted share of tickets per person and sell them on for profit.

Anyone caught using automated software to instantly buy tickets in such a way will face an unlimited fine. The move is part of a wider government drive to protect “real fans” whose experience is being soured by inflated prices and limited ticket availability.

The government says that tickets for the musical Hamilton, which is currently showing in London, have been advertised on secondary ticketing sites for up to £6,000 each, and that inflated prices have also been seen for gigs by artists including Ed Sheeran and Adele.

The legislation was drafted earlier this year and brought forward due to a provision in the Digital Economy Act of 2016.

“I’m determined to make sure everyone has the chance to see their favourite stars at a fair price,” said Digital Minister Margot James.

“This week we will reach the final stage in our fight to beat rip-off ticket touts using bots to buy huge numbers of tickets only to sell them on at massively over-inflated prices.”

The announcement follows the introduction of new rules by the Department for Business, Energy and Industrial Strategy requiring ticket resellers to supply unique ticket numbers to the buyer to identify a ticket’s location.

It also comes after new guidance was published to help prepare businesses in England, Scotland and Wales for action by the Advertising Standards Authority (ASA), Trading Standards and the Competition and Markets Authority to clamp down on misleading or unlawful activity.

The ticket reseller Ticketmaster was recently banned from saying it offers the “best available” tickets through its most expensive packages after the ASA was unable to find a difference between the website’s general and platinum tickets.

The initiative has widespread sector support. Michael Dugher, CEO of campaign body UK Music, said he was “delighted” that the government had listened to calls to ban bots.

“This new law is an important step to ensure transparency in the resale ticket market. We need the law to be fully enforced to protect music fans from being ripped off. We also need much stronger action from Google, which is still directing fans to sites like Viagogo at the top of an online search, rather than to official ticketing.

“Music fans have been fleeced for far too long and we will continue to work with government to ensure our fantastic live music industry continues to bring enjoyment to millions of people and to make an annual contribution to the UK economy of more than £1bn.”

Adam Webb, campaign manager at FanFair Alliance, added: “This new legislation is important, and we need it to be activated and enforced.

“By reducing the means of dedicated touts to bulk harvest tickets, government can help recalibrate the live music market and give fans a better opportunity to buy tickets at a price the artist sets.”