With plans to resume activity at a standstill, freelancers face an uphill climb that could scar the theatre industry. 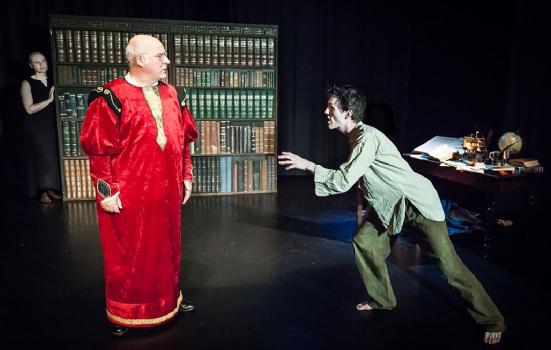 "We are facing the prospect of long term scarring to the performing arts sector"
Photo:

Spending on freelancers is expected to plummet, even among Cultural Recovery Fund (CRF) recipients.

A new survey of 96 major theatres released on Wednesday by advocacy network Freelancers Make Theatre Work (FMTW) shows they spent an average of 39% of their annual turnover on freelancers pre-pandemic.

Many of those surveyed, including the Old Vic, Battersea Arts Centre, Nottingham Playhouse, Donmar Warehouse and Z-arts, received grants from the Government's £1.57bn programme.

By contrast, Baroness Diana Barran recently said it was estimated 12.5% of CRF recipients' spending would be on freelancers, artists and casual events staff.

"The Cultural Recovery Fund is not reaching them," Leo Wan, a representative of FMTW, said.

"Our report clearly shows the extent to which the performing arts industry relies upon freelance theatre workers, but those freelancers are not being supported through the pandemic."

Wan said financial support decisions were based on Culture Secretary Oliver Dowden's roadmap to recovery - a plan that has since stalled.

"Any applications that did go in related to performance, there's a blockage there now. None of that money is going to freelancers as we hoped it would."

While CRF loans and grants can be used to pay freelancers' fees, Wan distinguished the approach taken in England from that of funders in Scotland and Wales, which created dedicated funding streams for freelancers.

Demand on other funds illustrates the pressure theatre freelancers face: the Fleabag Support Fund has given 772 grants since April and the Theatre Artists Fund, which awarded 4,600 grants last year, received hundreds more applications in the first week of January, The New York Times reports.

The crunch is not limited to theatre workers. The Creative Industries Federation notes 70% of music, performing and visual arts workers is freelance, as well as a third of the creative industries workforce.

Research by Oxford Economics suggests this group will be hit twice as hard financially as creative industries workers on payroll.

While 83.7% of theatres surveyed said freelancers were "essential" to their recovery from the effects of Covid-19, just 1% expected to be able to sustain and develop a diverse freelance workforce.

On average, these organisations employed 2.3 freelancers for every salaried staff member.

80% of production staff were freelancers pre-pandemic and theatres expected to need a similar proportion (78%) to start making work again.

59.4% feared there would be a loss of freelance experience and leadership in the theatre industry.

FMTW's report, titled 'Interdependence: Freelancers and Organisations 2020', notes the "symbiotic" relationship between sector and workforce and the challenges presented by their contractions during lockdown.

"Without the contribution of the freelance theatre workforce, organisations are unable to stage theatrical productions and unable to generate income via ticket sales."

Wan added: "We are facing the prospect of long term scarring to the performing arts sector."