The V&A Director is unconvinced by arguments for a dedicated prayer room in V&A East. 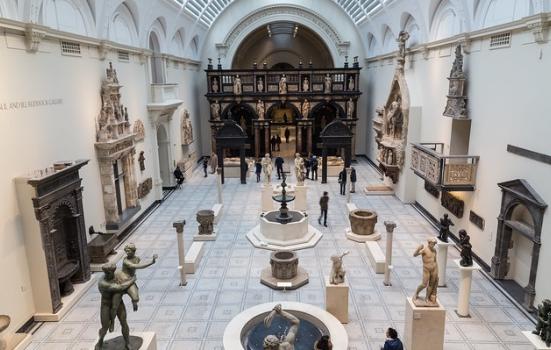 Director of the Victoria and Albert Museum (V&A) Tristram Hunt has expressed a lack of interest in providing space for prayer within the V&A’s buildings.

Hunt made the comments at a conference at London’s Wellcome Collection on the civic role of arts organisations. A delegate asked a panel including Hunt about cultural organisations’ “consideration of faith audiences or religion in programming, curatorial and strategy”.

After the panel chair had referred to an arts centre that included a prayer room, Hunt commented: “I think yes and no on the faith question. Because you also want a space which is consciously civic… Because we live in a discourse where notions of being offended by culture and being offended by imagery is so prevalent, you want to hold the ring quite firmly about the civic function of an organisation.”

He continued: “Within a museum like the V&A, we hold collections which are embedded in religious culture and traditions, and it is only those cultures and traditions which have produced the acts of such beauty. Whether it's our Jameel gallery of Islamic art or our Raphael gallery of the cartoons of the acts of the apostles Peter and Paul, we could not have that without that religious understanding. But would I be then interested in providing space for the act of prayer within the museum? Probably not.”

The delegate then said to Hunt “you might want to reconsider that,” pointing out that V&A East, the V&A’s planned new museum and collections centre in east London, will be located in an area with a large Muslim population. The attendee said: “You talk about involving people, involving that community – that’s what it might look like. It’s a large Muslim population. It’s worth giving consideration to.”

Hunt replied: “Absolutely, it’s a large Muslim population at the moment. It was a large Jewish population earlier. And it might be a large Black Christian population in the coming decades. We’re there for the next 200 years. So [it’s] how we then think about our space within that time. The great thing about east [London] is the flux of populations there.”

When asked by AP, the V&A said that V&A East would strive to accommodate people who wish to pray when it opens.

A spokesperson said: “We always do our utmost to accommodate anyone of faith who wishes to pray during their visit to the V&A South Kensington, V&A Dundee or the V&A Museum of Childhood, and offer quiet spaces that can be used for prayer and worship, as requested. This will be the same for V&A East when it opens.”

An increasing number of cultural organisations, including Tate Modern and the Southbank Centre, provide rooms that visitors of any faith can use for prayer.

V&A Dundee and the V&A Museum of Childhood both have quiet rooms available for prayer.

Last year the V&A responded to a tweet asking “anyone know if the V&A has prayer room facilities?”

The museum replied: “we don't have a dedicated prayer room but if you speak to museum staff we'll always try to accommodate by finding you a quiet space (or a free room if we have one)!”

V&A East is due to open in 2023 across two sites in the Olympic Park in Stratford, East London. It will comprise a collections and research centre and a new museum that will involve a curatorial collaboration with the US-based Smithsonian Institution.

The V&A says the two venues "will be open to all, from families, schoolchildren, students, artists and designers, to tourists, visiting academics, cultural enthusiasts and curious passers-by."

The capital costs of the new museum building will be largely covered by the London Legacy Development Corporation.