Group singing is more effective than creative play at tackling depressive symptoms, according to a study published in the British Journal of Psychiatry. 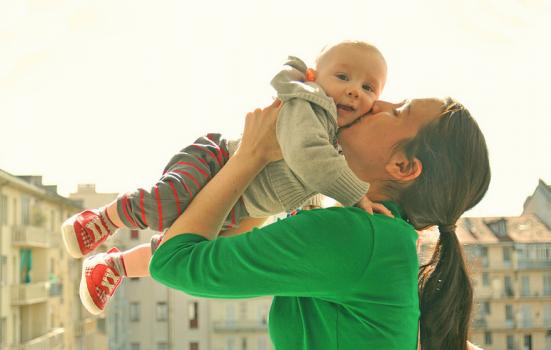 134 women and their babies took part in a test over a 10-week period to assess the impact of creative group activity on depressive symptoms.

One third enrolled in a weekly singing workshop, learning and singing songs about different aspects of motherhood; others took part in a weekly ‘creative play’ workshop, engaging in sensory play and craft with their babies; and the third group received normal post-natal care and functioned as a control group.

Researchers at the Centre for Performance Science – a collaboration between the Royal College of Music and Imperial College London – found slight improvements in symptoms among mothers in the singing workshops, including statistically significant improvements for mothers whose PND was ‘moderate to severe’. At the end of the period, mothers with higher levels of postnatal depression experienced a 40% reduction in symptoms.

There was no significant difference in speed of recovery between the creative play group and the control group.

Speaking about the findings, which are published in the British Journal of Psychiatry, Dr Rosie Perkins, Research Fellow in the Centre for Performance Science and Principal Investigator for the research, said: “Postnatal depression is debilitating for mothers and their families, yet our research indicates that for some women something as accessible as singing with their baby could help to speed up recovery at one of the most vulnerable times of their lives.”

Post-natal depression symptoms are estimated to affect one in eight new mothers, with 25% of these women having symptoms lasting over a year.

The research stresses early recovery is “crucial” to limit the effects on both baby and mother, as children whose mothers experienced PND show higher rates of insecure attachment, are more likely to exhibit poor emotional adjustment in the early years, and may experience delays in reading.

Lead author on the study Dr Daisy Fancourt added: “Many mothers have concerns about taking depression medication whilst breast-feeding and uptake of psychological therapies with new mothers is relatively low.

“So these results are really exciting as they suggest that something as simple as referring mothers to community activities could support their recovery.”

I have blogged about this too - http://www.mummykind.com/2017/12/mental-health-monday-pnd-and-bonding.html When I sang to my baby it was the first time that I felt loved and needed by her. It probably saved me from an otherwise downward spiral!