Culture Secretary Karen Bradley has ignored a second plea from Scotland to offset the severe decline in Lottery funding for culture and sport. 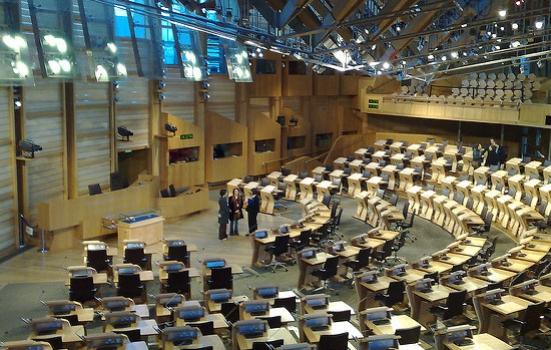 In a joint letter sent last week, Scottish Culture Secretary Fiona Hyslop and Sport Minister Aileen Campbell warn the “severe decline” in National Lottery revenues saw returns to good causes fall by 14% last year, with a further 4% cut in the first half of 2017/18.

“With National Lottery income making up nearly 40% of Creative Scotland’s and sportscotland’s total income, these reductions are of critical concern and put both jobs and provision at risk,” the ministers write.

Figures released by National Lottery operator Camelot in June 2017 showed arts funding was down £55m, with expectations that the “disappointing” sales would continue this year. Creative Scotland told AP its lottery income fell by £5.3m in 2016/17, to £29.1m.

In the letter – the second of such pleas sent by Campbell, who notes Bradley did not reply to a similar letter in March – the two officials continue: “These year-on-year declines prove extremely challenging against the backdrop of continued austerity measures imposed by Westminster, which will see the Scottish Government’s budget cut by £2.9 billion over a 10-year period.

“It would be irresponsible of the UK Government to make no attempt to offset the reductions in lottery income.

“We encourage you to develop a recovery plan that sets out the action to address the reductions and therefore mitigate against the impact to these sectors in Scotland and across the rest of the UK.”

Karen Bradley has not publicly responded to the letter and failed to reply to questions from AP by the time of publication.

Wednesday, 23 September 2020
Long-held plans for Smithsonian Institution and the V&A to jointly curate a gallery in the V&A East museum when it opens in 2023 have been abandoned in favour of a collaboration that will... read more
(artnet)

Wednesday, 23 September 2020
Objections to inadequate social distancing measures at Madrid’s Teatro Real led to a production of  Verdi’s A Masked Ball being called off when the audience started slow hand clapping and calling for... read more
(Classic Fm)