There are calls for the government to consider exempting all Scottish residents from the proposed levy, which would be collected by accommodation providers. 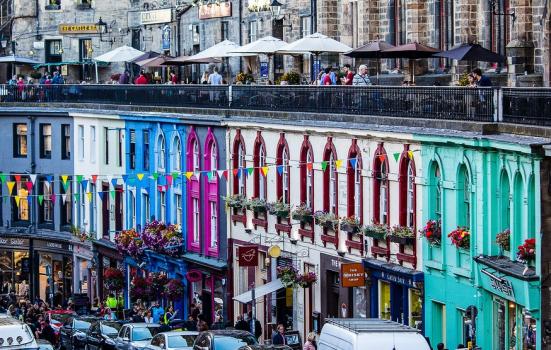 Edinburgh during the annual Festival Fringe

The Scottish government is consulting on the introduction of a tourist tax that would be collected at the discretion of the country's 32 local authorities and spent on activities related to tourism.

The government has already committed to introduce legislation in the Scottish parliament for what it is currently calling a ‘visitor levy’.

It is proposing that the tax should be charged to visitors staying overnight in tourist accommodation in Scotland and be collected by accommodation providers. Powers to introduce the tax are likely to be available to local authorities by the 2021 summer season “at the earliest”.

In a 70-page consultation document, the government says implementation will be “entirely at the discretion of local authorities and should reflect local circumstances and priorities”, and that there will be no obligation for any local authority to implement the levy.

It suggests that revenue could be spent by councils on activities such as "extra street cleaning during the peak tourist season, additional road maintenance in response to increased traffic volumes, or additional funding for local destination promotion or, where one exists, towards a local tourism strategy."

The government’s definition of tourist accommodation includes “self-catering units, including short-term lets that are part of the collaborative economy, hotels, bed and breakfasts, campsites, guest houses and marinas”.

The consultation paper provides four options for how the overnight stay levy could be calculated:

While stressing the autonomy of councils, the government believes there should be some “overarching design principles set out in national legislation which must be followed by all local authorities that opt to introduce a visitor levy”.

It continues: “However, within that national framework the intention is to enable individual local authorities, working with local tourism partners, to have as much freedom to take decisions as appropriate.”

Writing in the introduction to the consultation document, Kate Forbes MSP, Minister for Public Finance and Digital Economy, said the proposed new discretionary power “is a means of allowing local authorities to respond to local circumstances more effectively whilst also allowing local tourism offers to be enhanced”.

It is intended that any income generated by the tax will be spent locally on tourism-related services.

In seeking views from those involved in tourism in Scotland and the wider community, the government says it wants to ensure that the new legislation fulfils three key criteria:

The consultation asks 33 separate questions relating to a range of aspects of the proposed tax – including whether ‘visitor levy’ is an appropriate name.

The consultation document also asks a series of questions around the requirements a local authority should meet before being able to introduce a levy. These include a period of local consultation and a gap of at least one financial year from the end of the consultation to the introduction of the tax.

Some groups will be exempt from the levy “under any circumstances”.

These are: homeless people; asylum seekers and refugees, travelling communities such as Gypsy travellers, and those placed in temporary refuges or short-term accommodation for their own safety, such as victims of domestic abuse.

Views are also invited on others who could be exempt, such as disabled people and their carers, people travelling outside their local authority area for medical care, and those paying for overnight accommodation within the local authority in which they live.

In a statement responding to the consultation, London-based body the Association of Accounting Technicians (AAT) – which claims to have 1,800 members in Scotland – has called for the Scottish government to consider making all Scottish residents exempt from the tax.

The AAT’s Head of Public Affairs and Public Policy, Phil Hall, said that this will “ensure domestic tourism is not discouraged, replicate what happens in many other countries and increase acceptability across the Scottish electorate”.

The move to consult more widely on the proposed tax, which the government says it is fully committed to, follows a ‘national discussion’ of the idea that included six roundtable events across Scotland between November 2018 and January this year.

Scottish local authorities such as Edinburgh City Council and the Highland Council – both of which cover areas with large levels of tourism – have expressed their support for a tax and have already conducted their own local public consultations.

The Scottish Government consultation will run until midnight on 2 December 2019.