Any reintroduction of social distancing won't be covered under the Government's £750m scheme, which comes with hefty premiums. 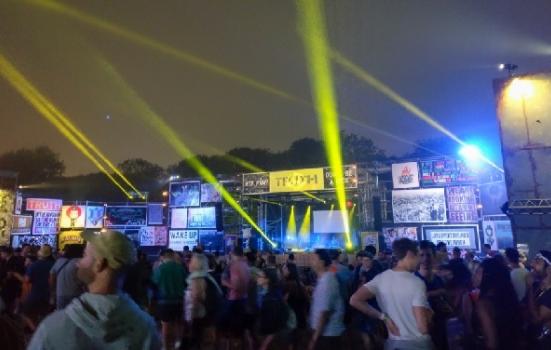 Costs incurred due to non-appearance of acts - a distinct possibility if they test positive for Covid-19 - are also ineligible.

Industry leaders welcomed long-awaited details of the scheme as providing "an opportunity to rebuild", but warned these gaps could hamper the sector's recovery.

"I think we all know if things got really bad in terms of hospitalisations and deaths that the Government is not going to default to a national lockdown. That's the nuclear option - but we could see restrictions," Association of Independent Festivals CEO Paul Reed said.

"Social distancing is unmanageable for festivals, on an economic level and a management level. It's about viability rather than profitability."

"Unfortunately, we do need to underline that we're not out of the woods yet."

"We’ve lost a lot of people, a lot of skill and talent, and we also have businesses that still have had no income for the last two years. We need government to look after these businesses until summer 2022."

An 'outline' of the scheme was quietly published on Monday (September 6). Platinum Jubilee Pageant Chief Executive Roseanne Machado, speaking to MPs on Tuesday, said she was struggling to secure cover:

"Brokers I speak to are saying they won't cover pandemic insurance at the moment, so we're waiting to hear about the Government's scheme to see if that's something we can take up, but it is an issue."

The Live Events Reinsurance Scheme will run from September 30 and be reviewed next spring.

Cover must be purchased at least eight weeks before an event, although this requirement won't take effect until 2022.

The government insurance covers events that must be cancelled, abandoned, postponed or relocated as a direct result of restrictions - national and regional lockdowns included.

However, organisers must pay a 5% premium to the government, either up front or in arrears monthly (instalments are not allowed).

They are also required to have standard cancellation cover, for which premiums have ballooned to 2% to 2.5% over the past 18 months.

"Frankly, the margin [of profitability] on some festivals can be 10% or even less," Reed said.

There is also an outstanding question around who can take out cover: the new document only specifies organisers and it is unclear whether individual artists are eligible.

Most claims will be subject to an excess of 5% of the insured costs or £1,000, whichever is greater.

With the average UK festival costing £6m, there is a question of how far the £750m can stretch.

Applicants to the scheme will be broken down into three tiers. The highest, Tier 3, is for events seeking cover of more than £267m; Tier 1 insures events for losses up to £100m. Once a policy is allocated to a tier, it cannot be shifted.

The Government Actuary's Department has refused a Freedom of Information Act request from ArtsProfessional to release modelling for the scheme, saying it could jeopardise events' financial security.

The Business Visits and Events Partnership estimates the value of music events and festivals alone at £23.6bn.

Other arts and cultural events are worth £5.6bn.

Speaking to the BBC last month, Greg Parmley, CEO of industry collective LIVE said it's crucial the reinsurance scheme protects the events sector from "the real risks that we're facing".

"There are hundreds of thousands of workers who rely on live entertainment being open and it's important that they're protected as well."