'Market failure' in events insurance must be addressed, sector says

If the Government is confident in getting events back by June 21, it shouldn't hesitate to extend insurance beyond its pilot programme. 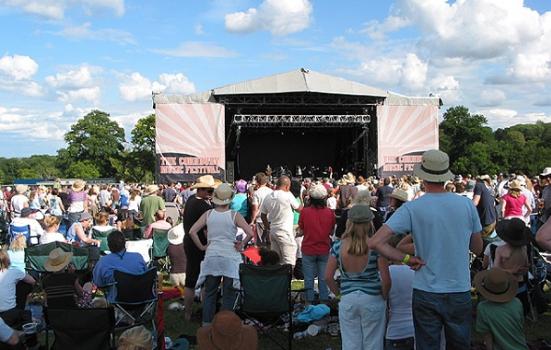 Industry leaders say "time is running out" for an insurance scheme the Government doesn't want to introduce
Photo:

Government-backed insurance for live events could save up to £1.1bn, according to insurance experts.

Having shot down the possibility of a scheme last month, the Government is now said to be insuring pilot events under its Events Research Programme.

This proves the Government understands the degree of "market failure" at hand, industry figures say.

"The position of Government would make complete sense if the plan was to lock us down again in a few weeks," UK Music Chief Executive Jamie Njoku-Goodwin said.

"If the Government is confident the roadmap is irreversible, there shouldn't be this hesitancy."

Minister and officials were invited to but did not attend a "crisis meeting" between insurers, unions and event organisers on Wednesday (April 14) where Tim Thornhill of Tysers Insurance Brokers proposed a £250m scheme to save the summer festival season.

The risk to Government finances - £9.1bn at most, Thornhill estimated - would be minimised by only allowing events to apply for 20% of costs more than 60 days out and raising that threshold closer to start date.

"The high cost [of insurance] compared to the economic value that could be generated has to be seen as negligible really."

DCMS Select Committee Chair Julian Knight said his constituency of Solihull in the West Midlands attracted £460m per year in music tourism alone, and questioned whether his colleagues understood the damage done to their areas by opposing an insurance scheme.

Acknowledging an understandable desire to wait for progress on the vaccine rollout, Knight said "we know that this if going well and will continue to go well".

"If that's the case, then now is the time to press the button."

James Davies, Divisional Director of EC3 Brokers, said insurance claims indicate up to £8bn has been lost from the live events industry in 2021 alone.

The sector would normally generate at least £600m during that period of the year.

Insurers are increasing their premiums in an attempt to break even, leading to claims of market failure.

Njoku-Goodwin said events "need insurance and they don't care where it comes from".

"Ideally, it would be from the private sector... but there has been market failure.

"There will be a wave of cancellations in the coming weeks."

Any insurance scheme will need to be in place at least two months before the sector reopens - essentially now, attendees said.

Association of Independent Festivals (AIF) CEO Paul Reed said its members' summer festivals cost £6m each on average, with 40% of that cost due before June 14 - the day the Government will potentially decide to end social distancing requirements.

When surveyed, 92% of AIF members said insurance was "vital, not optional" and 72% said they would need further Government intervention if they can't operate in 2021.

"We're not asking for a bailout; we're asking for investment," Reed said.

Njoku-Goodwin said insurance is the "main barrier remaining" amid the Events Research Programme and roadmap to reopening.

"In six months' time the Government will wish they had been more proactive."