The sector's prayers have finally been answered but the scheme comes with a significant premium that could prove challenging for smaller operators. 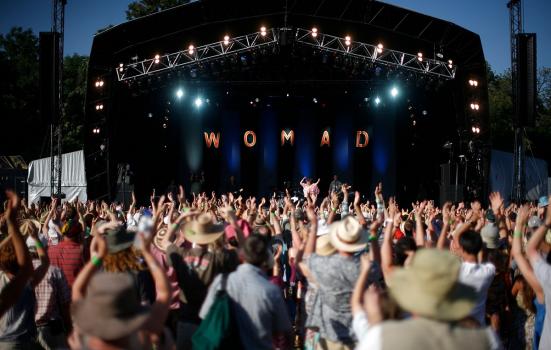 The scheme is cold comfort to festivals like WOMAD that have already cancelled
Photo:

A Government-backed reinsurance scheme for live events will "bring much needed confidence" back to the sector.

After months of lobbying the sector is predictably relieved: "[This] is the news that we and the entire events industry have been desperately calling for," Southampton International Boat Show organiser Lesley Robinson said.

"It simply isn't worth contemplating what another enforced closure of our event without this insurance would have done."

However, it will be cold comfort to the many festivals already forced to cancel this summer.

The scheme will run from next month until the end of September 2022 and open to business and entertainment events.

Alongside standard cover, organisers will be able to purchase cover for cancellations caused by a change in Government-mandated restrictions.

There will be no cap on claims for costs, but there is a "significant", yet-to-be-disclosed premium that could prove challenging for smaller event producers.

The Government will split costs with insurers, initially covering 95% of costs after excess is paid before progressing to 97% and eventually 100% of post-excess losses.

With more than half the UK population fully vaccinated, ministers believe now is the right time to introduce the scheme.

They had previously rejected calls for a scheme while events remained uncertain.

"As the economy reopens I want to do everything I can to help events providers and small businesses plan with confidence right through to next year," Sunak said.

Some are less than impressed with the Government's timing.

The DCMS Committee has called for a reinsurance scheme since January. A report in June recommended urgency, noting DCMS had not modelled the cost of a potential scheme at that time.

"Though it is a shame that it has come too late for some this summer, this scheme will provide the confidence the sector needs to plan and invest for future events," Committee Chair Julian Knight said.

"It has always been clear that the live events sector would be unable to return to anything like its previous strength without reinsurance support, which begs the question, why did the Government not come forward with this support earlier?"

Parklife Festival Co-Founder Sacha Lord echoed this sentiment, saying the DCMS had "listened to event organisers throughout the crisis".

"This move will not only save hundreds of upcoming events, but will support the thousands of freelancers behind the scenes," he added.

We Make Events, which formed in response to the difficulties of Covid-19, said it looked forward to fine-tuning the details of the Live Events Reinsurance Scheme.

It will be delivered by Lloyd's insurers including Hiscox, Arch, Beazley, Dale and Munich Re.