DCMS Minister Caroline Dinenage says the much-vaunted measure runs the risk of giving false confidence to festivals: "I just wouldn't be prepared to do that." 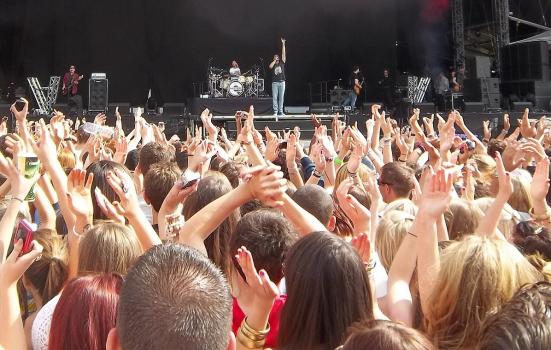 Wireless, 2011. The festival is returning in July.
Photo:

There will be no Government insurance for festivals for now because a scheme would be too expensive and uncertain.

DCMS Minister Caroline Dinenage says it could give false hope that live events can restart before it is safe to do so.

"I really, really want to avoid a situation like just before Christmas where we walked all the way up the hill to be able to get our theatres open and then, with the public health situation, everything had to be shut down again," she told MPs at a select committee inquiry.

"I would much rather be able to make an announcement when I am absolutely certain things can go ahead, or at least in a much better sense of predictability that things can go ahead, than announce an indemnity scheme, give people the confidence in order to pull the rug out from underneath them again. I just wouldn't be prepared to do that."

Her comments come as a brave few festivals announce plans for the summer: Parklife sold out its September event in record time and Reading and Leeds Festival, Wireless, and Latitude aim to operate as normally as possible this year.

But for many, Government insurance is perhaps their only chance of survival. The festivals sector has already lost and estimated £25bn against Culture Recovery Fund grants worth £25m and companies are fearful of planning events that, if cancelled, could spell their financial ruin.

While Treasury could still approve an indemnity scheme - "it's not off the table" - Dinenage all but threw cold water on the idea.

"I really understand the sector's calls for this but we have put in place everything else the sector has asked us for."

The fly in the soup

Approving a live events insurance scheme would set a bad precedent for the Government's dealing with other sectors affected by Covid-19.

Dinenage said it would be hard to establish a reinsurance scheme for festivals and festivals alone.

"If we were to put in place a package like this there would be huge demans for it to be put in place for all other types of big live events from sporting events to business events to country shows to museums - and the difficulty of doing that is encapsulated by the fact that no other country in the world has so far been able to put in place a large scale insurance [for] events."

Access All Areas reports there are several events insurance schemes in Europe. Denmark is the latest to announce a €71.2m fund, following the lead of Germany, which has a €2.5bn scheme, Norway (€34m), The Netherlands (€300m), Austria (€300m) and Belgium (€60m).

A festivals insurance scheme for the UK would differ from the £500m Film and TV Production Restart Scheme, which the minister is understood to have also been reluctant to introduce, because screen industries don't rely on audience attendance and are not seasonal.

"That is where the risk is, moving large numbers of people around the country," Dinenage said.

The Government cannot afford a rush of claims if festivals don't go ahead in the summer, she added.

A series of pilot events in April will provide guidance for the sector, hopefully by May.

While there are "operational and ethical challenges" to piloting a multi-day festival, one of the pilot events will be a nightclub-style event, which offers similar "unfettered" movement as a festival, Dinenage said. The Government is in discussions with "a large festival organiser" about this.

The Crubible Theatre in Sheffield will host the World Snooker Championships. Attendees will have to wear masks at the venue, test negative for Covid-19 before the event and be tested afterwards to ensure tracing.

The events "are not based on sectors so much as on the settings," Dinenage said.

The pilots will be supported by three research projects: one in Liverpool looking at virus transmission, a second in Loughborough studying ventilation, and the third in Edinburgh researching crowd behaviour and public sentiment about migitations against Covid-19.

"It's a matter of bringing all that together at pace," Dinenage said.