Museums and cultural organisations may have to extend their opening hours, the Mayor's office says, amid projections more than 100,000 'face-to-face' jobs will be lost. 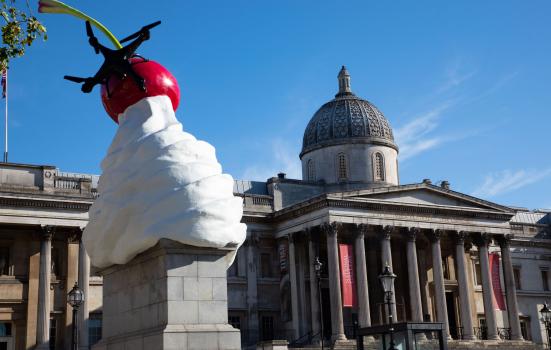 A £6m campaign to bring people back to central London will focus on the cultural industries amid projections that more than 150,000 jobs could be lost.

Mayor Sadiq Khan said the money will be spent on attracting people from across the UK to visit the capital once lockdown restrictions are lifted.

London needed to be “bold and innovative over the coming months” to ensure people returned in large numbers, he said.

“A key part of this will undoubtedly be doing more to showcase what London’s cultural venues have to offer.”

The announcement follows a new report commissioned by the Mayor of London that calls for “immediate support” for London’s arts and culture sector.

According to the report by London School of Economics and real estate advisors Gerald Eve, "a thriving arts, culture, entertainment and hospitality offer” is vital to the recovery of London's Central Activities Zone (CAZ), which includes most of its cultural attractions.

Jobs in arts and culture and the wider ‘face-to-face’ sector are at significant risk in the medium-to-long term, the report says. Assuming a "bounce back to a new normal" - office worker visits at 80% of 2019 levels and inbound tourism at 2019 levels by 2026 - 114,000 jobs are still likely to be lost.

With “significant headwinds”, that figure rises to 158,000 jobs.

Even when business have been able to operate, the area has been "scarred" by the loss of tourism and office workers due to Covid-19 "and will need remedial attention, particularly in the hospitality, leisure, and arts and culture industries".

Despite the threat to jobs, the report predicts an eventual return to pre-Covid levels of employment is more likely in arts, culture and hospitality given their strong position before the pandemic.

The Mayor's office says London’s night-time economy and museums may need to extend their opening hours in response to Londoners’ changing working habits.

Any future vision for CAZ should include plans to develop it as "a destination for world-leading arts, culture, entertainment and hospitality" that suits residents, workers and visitors alike, the report said.

The area should host more arts, culture and festivals and increase funding for grassroots cultural activity over the next two to 10 years.

The report writers said a long-term plan through to 2050 should be in place by the end of the year, and recommended the Greater London Authority:

Professor Tony Travers, Director of the London School of Economics, said: “This report provides the detail necessary for policy-makers to decide where action now needs to be taken. There are implications for City Hall, Whitehall and London’s town halls.

“It is in the whole country’s interest that city centres, especially London’s, return to their former creative strength. There would be baleful implications for the theatre, railways, employment, environment, Treasury tax yield and the UK’s post-Brexit ‘soft power’ if central London’s economy is not fully restored.”

No room for complacency

Khan said the report shows that "we can’t be complacent in assuming everything will return to normal”.

If no action is taken, London's economy could contract by £36bn over the next decade.

As part the Global City Innovation Collaborative – a joint initiative with Berlin, Paris and New York – the Mayor is launching an open call for innovators and entrepreneurs to suggest ideas for how the city can bounce back from Covid-19.

Bernard Donoghue, Director of The Association of Leading Visitor Attractions, said this investment will help tourism, the city's "lifeblood", to kickstart the recovery.

"We want to get them back up and running, opening safely and sustainably and welcoming visitors back, and we know that Londoners themselves, and visitors from across the UK, will be the saviours of London's visitor economy this year."

A spokesperson for the Society of London Theatre also welcomed the campaign as recognising "the vital role culture will play in the city's recovery - especially London's world-leading theatre industry, which has long been central to domestic and foreign tourism".