Grassroots music venues, artist studio workspaces, independent cinemas and LGBTQ+ venues will share a fund that aims to catch those falling through the gaps in Government coronavirus support schemes. 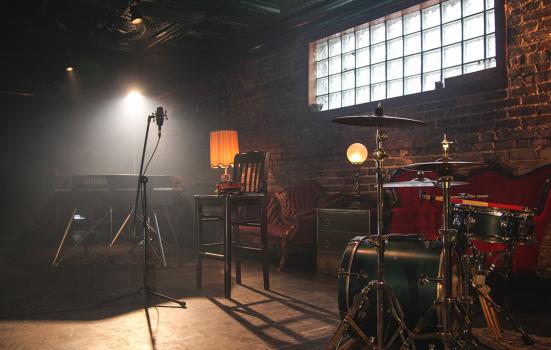 A £2.3m emergency fund to support grassroots music venues, LGBTQ+ venues, artist workspaces and independent cinemas across London is set to benefit those most at risk of falling into administration and unable to benefit from Government coronavirus support schemes.

Announced by Mayor of London Sadiq Khan and supported by Bloomberg Philanthropies, the new Culture at Risk Business Support Fund will be distributed in collaboration with the Music Venue Trust (MVT), the LGBTQ+ Venues Forum, the Creative Land Trust and BFI.

£450,000 will go to MVT’s new #saveourvenues campaign to sustain live music venues and studios. It will support up to 147 grassroots music venues in the capital. The campaign forms part of a wider initiative that will also see artists raising money for individual venues with which they have a personal connection.

Although MVT works across the UK, the greatest concentration of its members are in London, where venues are among the most affected by the coronavirus crisis because their running costs are so high. MVT’s Beverley Whitrick said: “This funding from the Mayor of London means that Music Venue Trust will be able to increase the support on offer to each and every venue, dedicating invaluable human resources, specialist advice and financial assistance where other measures come up short - everything possible to sustain these venues so they can reopen in the future and host artists and audiences safely and professionally.”

A further £1.5m will go to the Creative Land Trust, to support thousands of tenants across 200 artist studio workspaces; £150,000 will help the BFI’s to support up to 25 of London’s independent cinemas, many of which are now at risk of permanent closure; and £225,000 will support up to 56 LGBTQ+ venues in partnership with the LGBTQ+ Venues Forum, which aims to sustain “a diverse ecosystem of talent” which includes promoters, DJs and performers.

The culture and creative industries are worth £52 billion to the capital’s economy a year and account for one in six jobs. The Mayor is continuing to call on the Government “to step forward and provide the comprehensive support this industry needs to protect its future”. Other City Hall initiatives aimed at helping arts and cultural businesses include:

Justine Simons, Deputy Mayor for Culture and the Creative Industries said: “Culture is part of London’s DNA. It is the reason many of us choose to live here and why so many visit each year. It inspires and entertains, and boosts our economy day and night by billions each year. But now more than ever our world-renowned grassroots music venues, LGBTQ+ venues, cinemas and artists need support. They are facing a huge challenge to maintain their existences, and through this fund we will do all we can to support them through these challenging times.”