The North East of England is the big winner of the resurrected programme, with London receiving less than 4% of the pot. 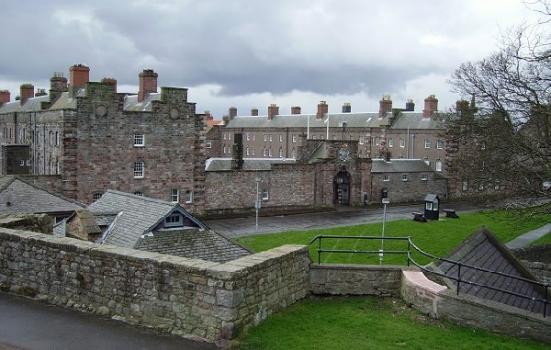 £48m in funding for museums, libraries, and regional organisations across England is "levelling up in action", according to the Cultural Recovery Commissioner.

Neil Mendoza said the awards for regeneration projects are a sign of "steadfast and needed support" for culture from the Government that partly fulfils one of its election promises.

Sixty-three organisations will receive an average of £763,558 from DCMS' Cultural Investment Fund, a multipronged programme to improve cultural infrastructure, physical or otherwise, in areas where the arts are less accessible.

In this second round of the CDF - the first was a £20m pilot programme in 2018 - seven public-private partnerships that were able to source 15% match funding have received a boost to local capital developments.

Middlesbrough Council says its £4.25m award furthers its ambition to be "the most creative town in the UK" with a new printmaking studio, gallery and event spaces, and opportunities for artists in residence.

"Middlesbrough’s booming arts scene is already making great things happen and changing perceptions of what is possible - but this big financial boost from central government will speed up Middlesbrough’s awesome and exciting journey towards success," Mayor Andy Preston commented.

Other grants cover urgent maintenance. Bletchley Park Trust CEO Iain Standen said its £468,393 MEND grant will go towards restoring its Second World War codebreaking centre, work that is "currently beyond the scope" of its finances following the lockdowns.

DCMS announced plans to restart the Cultural Investment Fund last May, having postponed the five-year programme one year in to focus resources on the pandemic response.

The funding announced on Friday (March 11) is £5.8m higher than what was signalled last year, with the CDF delivering above its £18.5m budget.

It's not clear what this means for the scheme in the coming years. Arts Council England, which administers the fund, has previously said its continuation depends on "future fiscal events"; however, DCMS did not respond to questions last week about how much money remains for future rounds.

London, purposefully excluded from the CDF this time around, received less than 4% of funding overall, with six awardees - three libraries and three museums - sharing £1.76m.

The North East of England won the most funding, nearly £9.67m, averaging £1.93m across five grantees. The two largest CDF awards went to consortia there (Middlesbrough's and an English Heritage project to turn Northumberland's Berwick Barracks into a year-round attraction).

The North West and West Midlands also performed well, with average grants of more than £1m per organisation.