Grants of up to £5m are available for capital works outside of London, while libraries and museums are also eligible for a slice of the resurrected suite of funds. 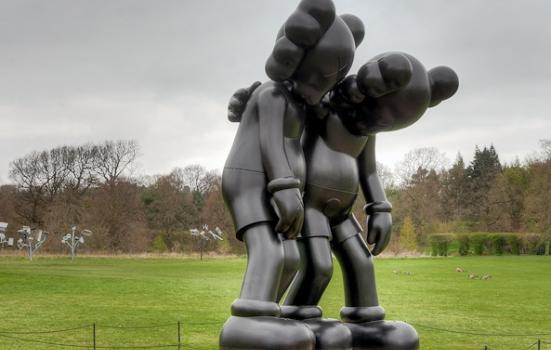 Along the Way at Yorkshire Sculpture Park, one of the beneficiaries of the pilot Cultural Development Fund
Photo:

Museums and regional arts organisations can apply for up to £5m for infrastructure projects as DCMS reopens its Culture Investment Fund.

The programme, worth £42m in 2021/22, comprises three funds - an £18.5m Cultural Development Fund, a Museum Estate and Development Fund worth £18.8m, and the £5m Libraries Improvement Fund - to be administered by Arts Council England (ACE).

Originally announced in 2019 as a five-year programme, the Cultural Investment Fund (CIF) was put on hold last year due to the pandemic. Future funding rounds are expected "subject to further fiscal events," ACE says.

While it is not an emergency fund, applicants to the flagship Cultural Development Fund (CDF) must demonstrate how their capital project would "promote economic and social recovery from the impact of Covid-19" by creating or safeguarding jobs, increasing social cohesion, cultural engagement or civil activity, or through "improvements to the attractiveness of a place".

The CDF is only open to English organisations outside of London as part of the Government's 'levelling up' agenda, helping to "support recovery, growth and the unlocking of creative potential as we emerge from the pandemic," according to ACE Deputy Chief Executive Laura Dyer.

Dyer, Cultural Recovery Commissioner Neil Mendoza, representatives from other DCMS arm's-length bodies and three independent members yet to be confirmed will form an advisory panel, recommending applications to Culture Secretary Oliver Dowden for his final approval.

Grants of £2m to £5m will be awarded to up to nine public-private partnerships that include at least one cultural or creative industries organisation and have a local authority or local enterprise partnership at the helm.

The Museum Estate and Development Fund (MEND) will also offer up to £5m per institution to address maintenance backlogs, while grants from the Libraries Improvement Fund, capped at £50,000, can be used for any project that upgrades a library's building or technology.

Dowden commented: "After awarding hundreds of millions in emergency grants and loans to help cultural organisations survive the immediate effects of the pandemic, it's now time to look to the future."

A pilot Cultural Development Fund in 2018 invested £20m across projects in Wakefield, Grimsby, Plymouth, Worcester and the Thames Estuary.

Cultural R&D, mentoring schemes, and events programmes including the Mayflower 400 anniversary were supported by the initial scheme.

The pilot was part of a £150m Creative Industries Sector Deal, which sought to replicate the success of Hull City of Culture and "boost productivity, employment, innovation and skills".

Launched in June 2018, awards including an £18.5m grant to York's National Railway Museum and a £7m for Coventry City of Culture were announced in October 2019. They have so far received £12m and nearly £4m respectively.

The second round, which was due to open for applications on March 30, 2020, was postponed due to the pandemic.

An evaluation of the first pilot round by Steer Economicsis still ongoing and not due to be completed until 2022.

A match funding requirement for the CDF has been lowered from 20% to 15%.

While applicants can put up other potential grants such as the Towns Fund or Levelling Up Fund as match funding, they should outline "what would happen should this other funding not be secured," ACE advises.

Applicants to the first CDF round are able to apply again: "However, geographical location is one of the balancing criteria for the fund, and the panel may take into consideration all rounds of the Cultural Development Fund in making their recommendations."

"High demand for this fund is anticipated and applicants are advised to consider carefully how well their project meets the aims of the fund before submitting an expression of interest," ACE says.

Expressions of interest are due by midday July 23, with a full application process opening on August 31.

The capital projects must begin no earlier than April 2022, two months after decisions are expected, and be completed by March 31, 2025.