Six zones across seven boroughs have been provided with funding to develop links between artists, local people and small creative businesses. 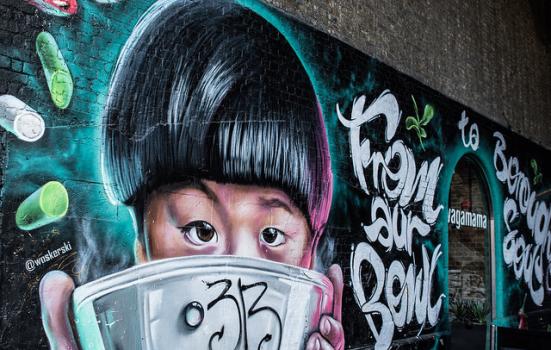 tomaszbaranowski007 on Foter.com / CC BY

London Mayor Sadiq Khan has announced the six areas of London that will be designated his first ‘Creative Enterprise Zones’, sharing a multi-million-pound fund to improve the creative workspace and employment offers in their respective boroughs.

Lambeth, Hounslow, Lewisham, Haringey, Croydon, and a joint bid between Tower Hamlets, Hackney and the London Legacy Development Corporation have been chosen to receive a slice of the £11m fund to nurture their creative communities.

Their collective aims include:

Eleven projects were granted a combined £500k to develop bids to become Creative Enterprise Zones earlier this year. These built on work by Haringey, which carried out a pathfinder research project in 2017 and concluded that such a zone would “support growth and attract new start-up creative businesses, creating an estimated 300 new jobs each year, and generating growth of £26m.”

25 boroughs applied for the full funding, with six projects – including Haringey – being chosen. The funding is made up of more than £3m from the Mayor’s culture budget, £4m for a skills programme to support local people in CEZ areas, and £4m from the Good Growth Fund.

A spokesperson for the Mayor emphasised the importance of avoiding the negative impacts of gentrification. “Across London, creative communities have demonstrated their important role in revitalising areas, but over time, they can find themselves priced out of the neighbourhoods they have helped regenerate,” they said.

Each zone will have its own “distinctive character and focus”, ranging from film and TV start-up to business support. Brixton will open one of London’s largest affordable workspaces at International House, turn Brixton Rec’s unused spaces into creative workspace, and introduce a Young Creatives Board.

Croydon aims to become a “music city”, breaking down barriers to success in the music industry and developing a new “cultural internship programme” of paid placements with arts organisations. Hackney Wick will focus on planning regulation for affordable workspace to ensure it remains a “significant and recognisable creative quarter”. It will also strengthen connections to the East Bank and work with borough employment services to help provide local people with internships in the cultural, creative, digital and technology sectors.

The shortlisted boroughs not included in the final selection are Bexley, Harrow, Southwark, Camden and Barking and Dagenham. However, Barking and Dagenham and Camden were previously awarded a share of £850k following their unsuccessful bids to be one of London’s two new ‘boroughs of culture’.

London’s Deputy Mayor for Culture and Creative Industries, Justine Simons, said: “London is overflowing with talent and imagination, with the creative influence of our artists felt in every corner of the city. But our creative workforce is under threat as the rapid pace of development often pushes them out of the neighbourhoods they have helped to revitalise.

“Creative Enterprise Zones are a bold new idea that will disrupt this cycle to deliver good, socially inclusive growth – with permanent, affordable production and workspace for artists and entrepreneurs, new jobs, skills and training for the local community.”