Artists’ Union England says Elisabeth Murdoch’s appointment to the arts funder’s National Council is “another example of corporate co-option of a publicly-funded institution”. 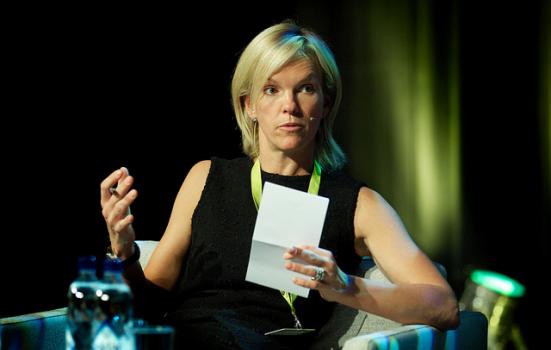 Murdoch was formally appointed to ACE’s National Council by the Secretary of State for Culture, Media and Sport Karen Bradley on 5 December. She has taken up a four-year post, alongside six other new appointments.

But now a petition, launched today by Artists’ Union England, calls for this decision to be reversed. Addressed to ACE Chair Sir Nicholas Serota, it claims Murdoch’s appointment “does not represent enrichment of ACE policy and decision making”, and is “another example of corporate co-option of a publicly-funded institution”.

It questions the appointment of an “under-qualified and non-representative” member to the council, and urges ACE to “consider the significant conflict of interests that we believe played a part in this decision”.

The letter draws attention to apparent links between Murdoch, who recently set up the philanthropic Freelands Foundation, and Serota, the former Director of Tate, as well as his wife Teresa Gleadowe.

It reads: “We are aware of Murdoch’s significant financial contributions, through the Freedlands Trust, to the Tate under your leadership and to various organisations led by your wife Teresa Gleadowe and feel it is your duty as Chair of Arts Council England to be transparent about the decision to appoint Murdoch to this influential public position.”

Murdoch was, until September 2016, a trustee of Tate, which received a £150k grant from the Freelands Foundation in 2015.

The letter does not give specifics about how Gleadowe may be linked to Murdoch, but she is on the selection panel for the Freelands Award, which this year awarded £100k to Nottingham Contemporary, an organisation Gleadowe chaired until 2015. Last year the Freelands Foundation also pledged £50k to the Cornubian Arts and Science Trust (CAST), which Gleadowe currently chairs.

In response, ACE stressed Murdoch’s appointment was made by Bradley. In a joint statement with the DCMS it said the appointment was made in accordance with the Cabinet Office’s Governance Code on Public Appointments, “which specifies that the processes should be fair, impartial and each candidate must be assessed against the same criteria for the role in question”.

The DCMS refused to comment on whether Serota recommended potential National Council members for selection, but ACE later confirmed Serota was one of three people on the interview panel.

In addition, a former member of the National Council told AP: “If the Arts Council didn’t like an appointment, it wouldn’t go through.

“Serota will have had a significant say in this.”

The petition has been shared on Twitter by arts figures including theatre directors Ian Nicholson and Iain Bloomfield, and arts organisations including Let’s Make Art, Panda Arts and the Contemporary Visual Arts Network.

Artists’ Union England adds it is “particularly troubled” by the Murdoch family’s views and actions on employment rights and “union busting”.

“We fear that a council member opposed to collective rights at work is a further threat to artists’ livelihood in already difficult circumstances for artists and workers,” it concludes.

This story was updated on 20/12/17 to include information about Serota's involvement with the panel that interviewed Elisabeth Murdoch, after ACE sent through an additional statement.

I support all that is written in the letter to reverse Murdoch's appointment. Regards, rosewindows