A £650m Government-backed insurance scheme could salvage £2bn worth of activity, the sector argues. 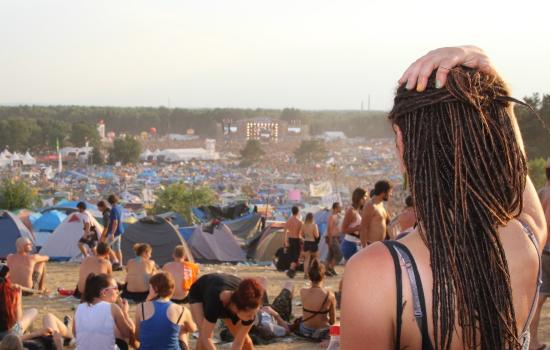 A Government-backed insurance scheme is needed by the end of January to save major festivals from economic collapse, MPs have heard.

Organisers and promoters say a dearth of commercial coverage combined with long planning timelines, uncertainty around future restrictions, and poor consumer confidence mean intervention is needed now for large events and by April or May for smaller festivals to go ahead this summer.

At a DCMS Select Committee hearing on Thursday, industry figures argued a publicly-funded insurance scheme was perhaps the only mechanism that could provide a crucial safety net across their entire supply chains.

The hearing coincided with a report from UK Music outlining the measures needed to protect festivals and grassroots venues until and beyond this summer.

"We do not know how long the vaccine rollout will take, and with many younger people who often make venues and festivals viable being among the last to be inoculated, it is imperative we find an alternative to simply waiting for the vaccine," it says.

This alternative involves rapid testing and ventilation and air cleansing systems, as well as an indicative April date for reopening the sector without social distancing, UK Music says.

Chief Executive Jamie Njoku Goodwin told MPs that festival cancellations will start rolling in within weeks unless the Government can provide some security.

"Until we get to such a point where we can say they will go ahead, I don't think ticket sales will happen."

UK Music says a £650m Government reinsurance scheme would allow £2bn worth of festival activity to go ahead in 2021, public health permitting.

DCMS Minister Caroline Dinenage recently challenged the sector to prove this was needed: "It is something we are looking at very carefully, but the key is for the industry to build an evidence base that demonstrates that insurance coverage is the only barrier to events being able to take place," she said last month.

Those giving evidence on Thursday hit back hard against MPs' suggestions such support was "the last piece of the puzzle".

"It's almost the first key in the door," Anna Wade, Communications and Strategy Director at Boomtown Fair, said.

Most festivals did not have insurance for communicable diseases and commercial insurers are not offering Covid-19 cancellation policies for festivals and unlikely to do so before 2022.

Wade said it was hard to put down deposits or get guaranteed acts and services.

"We're at a bit of a stand off at the moment... the industry can't move forward; there's too much risk."

A Government insurance scheme already exists for the UK film and television industries. Germany has pledged €2.5bn to insure events in the second half of 2021, while the Austrian government has established a €300m umbrella scheme for promoters.

Njoku Goodwin warned the UK could lose its status as a premier festival destination if it doesn't follow suit.

"The danger is if we see a lot of countries, particularly in Europe and close to home, producing their seasons ... we could almost have a talent transfer."

The sector continues to advocate for rapid testing even as vaccines are distributed and the viability of mass testing remains unclear.

Formerly considered plan B to a vaccine and the key to safely reopening the sector, MPs heard a more reserved argument for testing for festival attendees on Thursday.

Wade said testing was "an unknown" and Sacha Lord, Co-Founder of Parklife and the Warehouse Project, said that "all our hopes are on the vaccine now".

UK Music advocates for testing as one tenet of a three-point safety plan: test attendees before arrival, use enhanced ventilation and hygiene practices, and deploy UV and other anti-viral technologies to prevent potential infections.

While some parts of the sector are piloting these approaches, there is no official recognition or validation of their impact on reducing coronavirus transmission, particularly in indoor spaces.

"Unless these innovations are recognised or validated by Government then there is no incentive for industry to invest in them," UK Music's report says.

"We therefore recommend establishing a taskforce that can advise, evaluate and validate the various innovations we are looking at implementing."