Built on experiences at the Roundhouse, the Arts Council England-backed guide offers practical advice on selecting young trustees and preparing boards for change. 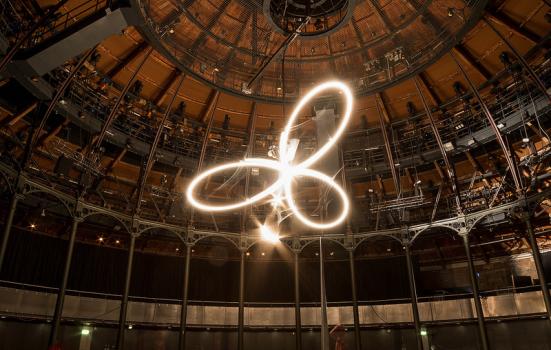 An installation at the Roundhouse
Photo:

Arts organisations should set aside seats on their board for 18 to 25 year olds and actively recruit young trustees to dismantle “assumed corporate righteousness” and improve the quality of their decision making, a new guide claims.

Produced by London’s Roundhouse arts venue, which has been recruiting young trustees since 2005, the Arts Council England (ACE)-commissioned guide offers justifications for having young trustees and practical advice on preparing existing boards for change.

It also provides information on how to recruit young trustees, offering an insight into the application and selection process used at the Roundhouse, and outlines other ways of involving young people outside of trustee positions.

“Put simply, your board of trustees should be representative of the people you serve. If your audience includes young people, then your board should too,” writes Marcus Davey, Chief Executive of the Roundhouse, in the report’s introduction.

The guide argues that for a board to fulfil its function effectively it must represent all stakeholders’ voices, and appointing young trustees allows conversations to be held with – not about – young people.

It says a board with young trustees is able to embrace new cultural movements, and increase its resilience by creating challenging work that will appeal to new audiences.

In addition, the Roundhouse says making such appointments helps to develop the arts leaders of tomorrow, and demonstrate to funders and supporters that an organisation takes working with young people seriously.

“Our young trustees have developed a wide range of new skills in areas such as fundraising, finance and marketing. They’ve gained the opportunity to lead early on in their careers (or even while still in education) as well as access to senior leaders and representatives,” the guide reads.

Writing in the foreword, ACE Chief Executive Darren Henley said he hoped the guide demonstrates the importance and impact of listening to young people.

“Reading this guide confirmed for me that having young trustees is a winning move for any organisation wanting a genuine relationship with its younger audiences and participants. It gives them a place at the top table. And, very importantly, having their voice at that level can reinvigorate governance, challenging received wisdoms and assumptions,” he added.

“By asking the unexpected question or offering a fresh perspective, the young trustee can make a real contribution to the effectiveness of an organisation and can help ensure it is prepared for the future.”

AP asked ACE when it would begin taking steps to appoint a young trustee to its 14-strong National Council. In response a spokesperson said the funder is “due to make an announcement on National Council quite soon,” which “may be of interest to you”, but declined to provide any further details.

The guide is available on request from the Roundhouse.