The Arts Council England-backed scheme has been announced the week after research found arts organisations are becoming less experimental with digital technology. 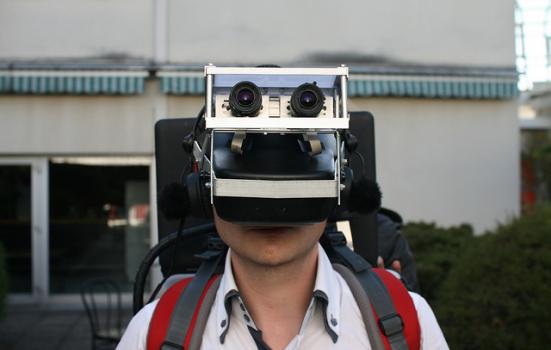 A new funding stream that will support arts organisations to experiment with immersive technologies has been launched by Arts Council England (ACE) and innovation agency Digital Catapult.

CreativeXR will grant up to 20 successful organisations up to £20k and access to facilities, along with support from partner organisations including Google and the Royal Shakespeare Company, in order to create “new experiences that inspire audiences”.

Over three months, funded organisations will develop prototype immersive projects using virtual or augmented reality, which will then be pitched to commissioners.

“These organisations must have the capability to develop a compelling prototype and will be selected based on the project they are putting forward.”

Although few details have been released about the scheme, the CreativeXR website notes participants will be offered access to “early-stage finance, facilities, industry leaders and commissioning bodies”.

“We are working closely with current and future content commissioners,” Simon added. “Once applicants are selected, they will be granted funding, workshops and lab access to develop their prototype, before presenting their work at a final commissioner showcase.”

He continued: “Our partners come from a range of leading technology companies, media/broadcast organisations and arts institutions. Our partners will firstly be offering support to the teams during the development of their prototype.

“Most importantly, we hope to create synergy between our partners and see them collaborate to back projects after the showcase day.”

Digital Catapult did not reveal how much the programme has cost to set up, but told AP it had been funded by a “range of partners”.

The launch of CreativeXR follows the publication of new research by ACE and Nesta, which revealed arts organisations are becoming less experimental with digital technology, and further progression is halted by a lack of money, staff time and confidence in new technologies.

In addition, the research found the number of ‘digital activities’ arts organisations are engaging with has fallen.

An open call for applications to CreativeXR will run throughout October, with regional briefings to learn more about the programme taking place across the UK early this month.

The programme will commence fully in December.