National roll-out on the cards for Black Ticket Project 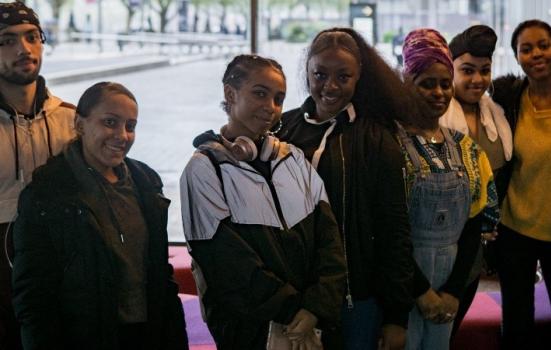 An initiative offering young Black people free tickets to theatre shows in London is setting its sights on a national expansion after smashing through its second crowdfunding target.

The Black Ticket Project (BTP), initiated in 2017, plans to use the thousands of pounds raised to develop a website and formal infrastructure to make the scheme sustainable.

Theatre producer Tobi Kyeremateng, who runs the project alongside Damilola Odelola, told AP she is currently developing contacts with theatres and youth groups outside of the capital.

“I do see us as the bridge between people and arts organisations. It’s great once you’re in a theatre, but it can be difficult to get there and we want to minimise as many barriers as possible,” she said.

The crowdfunding campaign, launched three weeks ago, broke through its target of £2,340 within days, and has now raised over £3,000. As well as a new website, the funds will be used to give 170 young Black people free tickets to two upcoming shows at Battersea Arts Centre.

The website, due to go live in coming months, will allow people to make one-off, monthly or annual donations to the project, which Kyeremateng hopes will raise the majority of funds BTP needs to continue offering free theatre trips to young Black people. She is also currently assessing available grant funding.

The latest crowdfunding campaign followed an initial campaign, which raised over £2,000. With backing from The National Theatre, the money was used to give more than 250 young Black people free tickets to see the theatre’s production of ‘Nine Night’.

“I think we’ve been quite shocked at the amount of support for the second fundraiser,” Kyeremateng said. “We were worried about doing another one, because the first fundraiser was successful too.

“But the support has been amazing, and it’s been great to see how many people there are behind the project.”

Following the appeal, theatres from across the country have gotten in touch to express their interest in the project or highlight ticket schemes currently on offer.

Kyeremateng hopes to develop contacts in other cities and ensure tickets are distributed to young people locally, rather than to current contacts in London.

Kyeremateng was inspired to establish the scheme after seeing ‘Barbershop Chronicles’ at the National Theatre. Introducing the crowdfunding appeal, she explained that although the play was “a very Black story”, the audience did not reflect this.

She added that she was frustrated by hearing lots of talk about diversity in the arts but not seeing much tangible change.

Kyeremateng bought 30 tickets to the Barbershop Chronicles and distributed them via social media contacts and youth groups, and the Black Ticket Project was born.

“We want to open up the doors to the theatre-world on a more consistent and long-term basis by starting the process to make this official,” the appeal explained.

“Representation beyond seeing a reflection of yourself, means that more diverse stories will be told, with more complex and interesting characters on a variety of issues, and more people from underrepresented backgrounds will have agency to tell those stories.”