MPs call for more transparency over Lottery sales and spend

A letter signed by 30 Labour MPs expresses concern that National Lottery ticket buyers are subsidising arts and community projects in cities while their own areas miss out. 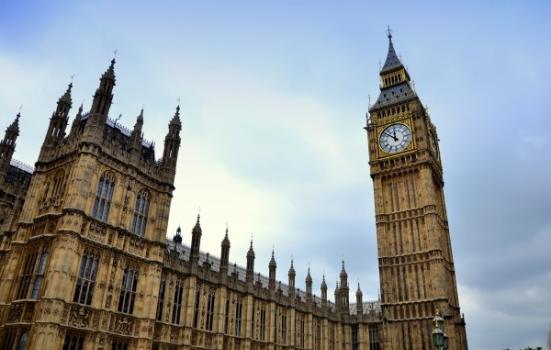 National Lottery operator Camelot should be “more transparent” about where its tickets and scratch cards are purchased, MPs have demanded.

In a letter addressed to Camelot CEO Nigel Railton, 30 Labour MPs – including Shadow Culture Secretary Tom Watson and Gloria De Piero, who spearheaded the campaign – express concerns about the disparity in the distribution of lottery funding across the UK.

“We are aware that in general cities receive far more funding in the form of lottery grants than towns, particularly towns in former coalfield and industrial communities such as ours,” they write.

“We fear that our constituents are not receiving their fair share of lottery funding, as we suspect that they are actually buying more tickets than are bought in areas that benefit from lottery grants to a greater extent.”

They continue: “This would mean that people living in towns are actually subsidising the funding of projects in cities, while their own local areas miss out.”

They are calling on Camelot to publish detailed data about where National Lottery income is generated and where it is spent.

Figures from the DCMS, obtained and analysed by De Piero, reveal the Cities of London and Westminster constituency has received the highest amount of lottery funding in the country for the past three years. In 2014/15, the area received £206m – compared with £73k for the Castle Point constituency, which received the least funding.

In addition, the analysis finds that while the National Lottery distributing bodies for the arts, sport and heritage receive an equal amount in returns, the amount granted through funding awards in any given year varies greatly between the sectors. Awards made to the arts totalled £252m in 2016/17 – significantly less than was awarded to sport (£372m) or heritage (£467m).

The figures emerge during turbulent times for the National Lottery, which suffered a fall in sales that led to a £300m drop in returns to Good Causes in 2016/17.

The National Lottery appears to have begun to reverse its fortunes though, with total sales for 2017/18 up £26m, and returns to Good Causes up 1.7%.

The call comes as a parliamentary committee begins to assess the social impact of arts and culture.

MP Ian Lucas, one of the signatories to the letter, was present at the first oral evidence session this week, which heard from Arts Council England Chief Executive Darren Henley. Lucas told the room he was suspicious the National Lottery was a “regressive system”, in that “most of the money is going to the well-off communities and it’s being extracted from the less well-off communities”.

Addressing Henley directly, he asked whether the ACE chief would support calls for Camelot to publish more detailed data about where tickets are purchased.

After a long pause, Henley said the national funder did not have access to such figures either. “I think the interesting question is what we would do with that data,” Henley added.

Evidence submitted to the committee by Camelot reveals the Lottery operator’s concerns about the emergence of competitors including “industrial-scale society lotteries”, which it says led to returns for good causes falling by £169m between 2011 and 2016.

Camelot also said it could return “even more” to society if its taxation regime was reformed, as a revenue tax is an “inflexible” mechanism that “hinders our endeavours to maximise returns to Good Causes”.