A new report coincides with a Channel 4 documentary, shining a spotlight on the challenges faced by musicians. 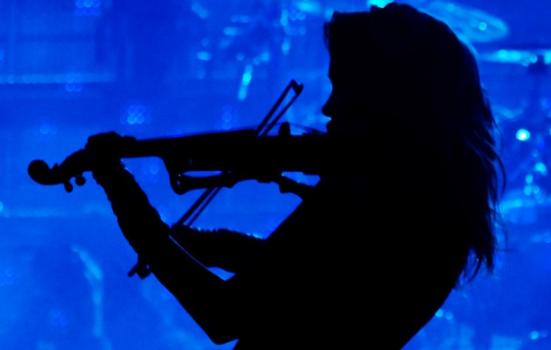 Almost 60% of professional musicians have suffered from a psychological issue and almost half have experienced problems with alcohol, according to a survey by Help Musicians UK. Focused on health and wellbeing, the research finds that anti-social working hours are the biggest concern for musicians, and speculates that this could lead to the psychological issues, loneliness and relationship difficulties that the majority of musicians report suffering from.

Over 550 musicians responded to the survey, the majority of whom work in classical music. Money problems and work insecurity cause almost as much concern as anti-social hours, with around a third saying these are "frequent" problems. This supports the findings of the 2012 ‘Working Musicians’ report which found that more than half of musicians earned less than £20,000 a year.

Of the three in five that have suffered from a psychological issue such as depression, fewer than half sought professional help. The majority of those who did seek help did so through private medical practitioners, while almost half of those who consulted the NHS were disappointed with the response they received. “The NHS may not be well equipped to deal with performance related health problems although this and the reasons why musicians resort to private health care needs more detailed research,” the report suggests.

The report's publication follows the launch of an initiative aimed at raising awareness of the mental health challenges faced by those in the entertainment industry, and coincides with the broadcast by Channel 4 of ‘Addicts Symphony’, a documentary about the lives of classical musicians whose careers were derailed by alcohol and drug problems. While 45% of those surveyed have experienced problems with alcohol, only around 7% say it is a frequent problem. Just 25% report problems with drug or substance abuse, with less than 2% saying this is a frequent problem.

Help Musicians UK said: “It’s clear that for all its rewards, the lifestyle of a professional musician can carry with it a number of challenges to health and wellbeing… We want musicians to enjoy full, active, healthy careers and achieve their potential so we can all continue to enjoy a thriving musical culture in the UK.”

The Musicians Union told AP that the results "concur with the work we do at the MU on dealing with performance related health issues... there is a real need from musicians to have their needs and concerns addressed and we will continue working with Help Musicians and with BAPAM (British Association of Performing Arts Medicine) as we all want musicians to have long and productive careers with health and wellbeing issues being a priority."

This article was updated on 15 September 2014: The accompanying image was changed at the request of the person originally pictured.

. . . is there a reason you put Greg Fulkerson's picture on this article? He's one of the healthiest, brightest, and most resilient violinists I've ever met.
No, no reason. Simply a stock photo that we thought was a strong image and one that conveys the intensity of great musicianship. We certainly don't mean to imply that this musician suffers from mental health problems.