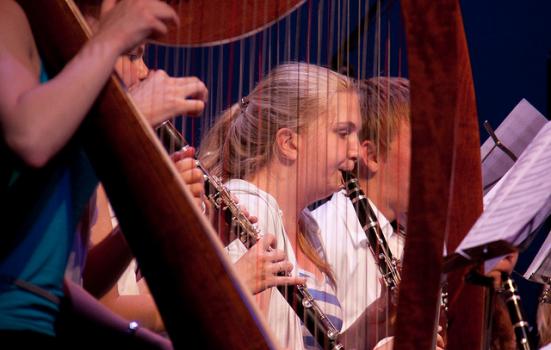 Making music education a mandatory part of official school inspections is the only way to ensure schools will take music services seriously, a Welsh Assembly committee heard this week.

It was also told that a ‘hub’ model, similar to that used in England, was not a fix-all solution, and that the Government should consider taking music service delivery away from local authorities.

Giving evidence to the committee, Wayne Pedrick, Manager of Cerdd NPT Music, suggested a new focus on music for school inspection body Estyn would address the lack of control service providers have over whether head teachers decide to invest in their programmes.

“You’ll soon see them buying music in then,” he added.

The comments were made at a meeting of the Welsh Culture, Language and Communications Committee, which is gathering evidence on ‘Funding for and access to music education’ until 3 February.

Those giving evidence built on comments made in the first evidence session by conductor Owain Arwel Hughes, with Pedrick agreeing that Wales was facing a “crisis in music education” but saying the true effects would be felt in later years.

“I don’t think we know there’s a crisis yet,” he said. “I think we’ll see it in five to ten years’ time.

“All of us are responsible for making sure that doesn’t happen.”

Coulthard added music services could give children an introduction to music education at school, but “there’s no funding to give the talented ones or the ones who want to go further any further input whatsoever”.

Coulthard also emphasised that a ‘hub’ model – championed by Hughes – was not a fix-all solution.

“The hub model isn’t consistent. It’s just another word for partnership, and it’s totally dependent on the partners involved.

“It doesn’t solve everything. Unless you know what you’re trying to achieve, it doesn’t matter what you throw at it. You won’t get there.”

In addition, she asserted the growth of private music service providers would not be in the interest of children around Wales, as profit-driven bodies would have no incentive to visit distant schools and would ultimately “overserve the top 5%”.

When asked why so few schools had taken up recommendations, such as those issued in Dai Smith’s 2013 report, to embed the arts into their curriculums, respondents defended schools’ overall commitment to creativity.

But Napieralla said a strategic opportunity had been missed to include a music plan for Wales in the wide-ranging Creative Learning through the Arts plan, which would have made it easier to supplement trips to musical performances with in-school music services.

He also questioned the focus on the pyramid of music education – in which getting “as many people participating in school music as possible” is prioritised ahead of “quality provision” – and suggested restructuring how music services are provided.

“If authorities can’t cut the mustard, we’ve got to grasp hold of it centrally,” he added.