Arts Council England has guaranteed funding at the same level for the venue, which says the financial strain of maintaining a rep company took the organisation “towards a tipping point from which we now need to step back”. 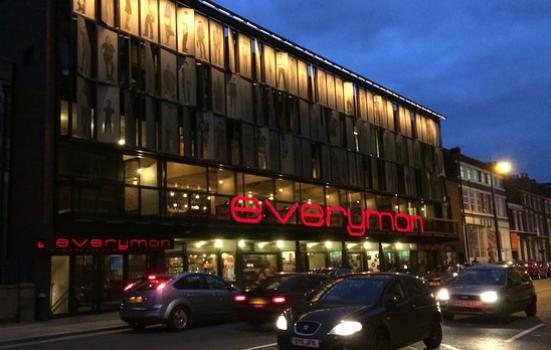 Liverpool Everyman and Playhouse has dropped out of Arts Council England (ACE)’s National Portfolio for the 2018-22 period, after a failed experiment with a repertory company of actors pushed it into serious financial trouble.

A spokesperson for the theatre said the model – essential to its business plan for the next four years – had caused an unexpected strain on staff wellbeing, box office income, production costs and fundraising, taking the Everyman “towards a tipping point from which we now need to step back”.

The Everyman stressed ACE had been “incredibly supportive” throughout the period and had ring-fenced its funding until 2022 at the same level.

“The only change is that it will be awarded outside the National Portfolio,” it added.

The company model was launched to critical acclaim in 2016 as a new potential vision for operating regional theatre, sparking similar action from the Royal Shakespeare Company and Leeds Playhouse.

But the theatre last week admitted the rep company would be put on “pause” in 2019, and would not be renewed in the immediate future because of the strain on resources.

The theatre would not reveal details of the financial difficulty the experiment with the rep company had placed on the theatre, nor the amount of money previously allocated to the rep model.

The Everyman is one of ACE’s largest core-funded organisations, receiving an annual grant of £1.65m. All NPOs of a similar size are required to fulfil a series of objectives, such as diversifying their boards by 2021 and implementing the ‘Impact and Insight Toolkit’ of quality metrics for artistic work.

As an organisation outside of the national portfolio, the Everyman will no longer be required to complete either of these objectives –but an ACE spokesperson told AP the organisation has a requirement to provide an equality action plan which shows that their board has the necessary skills and experiences to meet diversity aims.

A recently-published ACE document outlined that funding outside the portfolio may be necessary if an organisation were to struggle financially to such a degree that it breached its funding agreement and required extra money for purposes such as debt mitigation or organisational change.

It adds that if an NPO left the portfolio and an agreement was reached on continuing to receive funding, it would be communicated to the organisation that “this is because of a serious breach of the funding agreement, such that funding could have been withdrawn”.

Laura Dyer, Deputy CEO at ACE, said the “exceptional course of action” for the Everyman had been agreed because of the organisation’s national and local strategic significance, and the importance of the theatre’s work for communities, artists and audiences in Merseyside.

She added that the organisation will be funded with the same level of investment while they “take the time to review their business model and make essential changes over the next year”.

The Everyman is the fourth organisation to drop out of the portfolio since 2018-2022 funding arrangements were agreed in 2017 – joining the Roses Theatre in Tewkesbury, Bike Shed Theatre in Exeter and Zendeh Productions in Newcastle – but the first to do so since funding began being awarded in April 2018.

It follows high profile departures from the portfolio during the previous funding round, when Firstsite gallery and English National Opera had their funding agreements withdrawn over concern about their governance and business plans. Both organisations regrouped and were readmitted into the portfolio for 2018-22 with identical levels of funding to the 2015-18 period.

Claire McColgan, Director of Culture at Liverpool City Council, voiced support for the Everyman, saying theatres continually evolve and adapt to changing circumstances, and that this is “merely the latest stage in their ongoing journey”.

“It is absolutely certain that they will remain at the heart of Liverpool’s thriving cultural scene,” she added.

An Everyman spokesperson said business will continue as usual over the Christmas and Spring periods, adding: “All measures being taken are with the aim of creating a vibrant and sustainable organisation that continues to play an important role within Liverpool and the UK, with the intention of returning confidently to the portfolio in 2022.”