ACE could stand by NPOs that break funding agreements 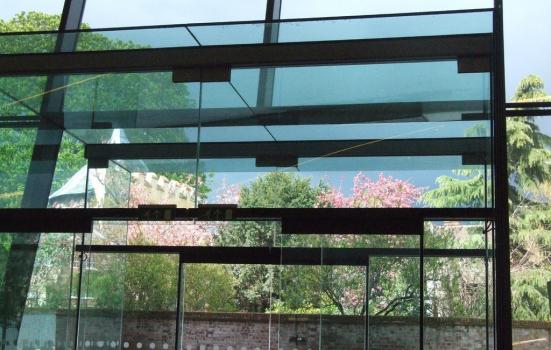 Arts Council England (ACE) has set out arrangements for how its crop of 841 regularly funded organisations could continue to receive financial support should they be dropped from the National Portfolio.

The national funder says that this may be necessary if an organisation were to struggle financially to such a degree that it breached its funding agreement and required additional funding for purposes such as debt mitigation or organisational change.

“This could be because the organisation has not achieved its budgeted outcome in it the business plan, causing acute financial difficulty such as potential insolvency,” the document explains.

ACE says it is under no obligation to accept any requests for exceptional funding, and is free to direct organisations to resolve any difficulties without additional financial support, but it would assess an organisation’s strategic significance, its national reach, its importance to the local area, and public benefit before making a decision. It would also consider whether to fund the organisation at the same or a different level, and whether to impose any additional conditions.

If an NPO left the portfolio and reached an agreement to continue to receive funding, it would “be communicated to them that this is because of a serious breach of the funding agreement, such that funding could have been withdrawn,” says the document.

ACE says that if an organisation is to continue to receive funding, it would ensure that there is “as little disruption to payment schedules as possible” to avoid exacerbating financial difficulty.

But according to the document, the process for developing a new arrangement would differ depending on the source of an organisations’ NPO funding. ACE says that the standard procedure it intends to use -  the ‘Investment Funds Process’ -   can “only be achieved with Grant in Aid funding”.

“If the organisation receives National Lottery funding, it could not be funded outside the Portfolio unless an application was solicited – all the requirements of solicitation would need to be fulfilled,” it reads.

When asked whether lottery-funded NPOs would therefore be required to undergo a lengthier process to access exceptional funding than Government-funded NPOs, an ACE spokesperson told AP: “Our approach to an organisation withdrawing from the National Portfolio, to be funded by another mechanism would be the same regardless of whether it is funded through Grant in Aid or National Lottery.

ACE says that NPOs that leave the portfolio cannot be readmitted within the same investment period, nor claim any NPO-specific funding.

Two organisations announced as NPOs for 2015-18 – Firstsite gallery and English National Opera – had their funding agreements withdrawn before the investment period had started due to concerns about governance and business plans.

ACE faced criticism earlier this year for not providing enough support to incoming NPOs facing financial difficulties. Three theatre organisations – Bike Shed Theatre, the Roses Theatre and Zendeh Productions – were made funding offers in 2017 but did not join the portfolio for 2018-22. Bike Shed Theatre Director David Lockwood said that ACE was “more inclined to associate themselves with success than to support failure”.

“When you’re considered a success – as we were two years ago – you can’t keep them away,” he told AP. “When you’re struggling, and need them most, they drop you like you’re toxic.”

The Roses Theatre which days before the start of the 2018/19 financial year was told it would not be accepted, also expressed disappointment, saying that losing money “always makes things very difficult”.