‘I lied about where I work’: report reveals ACE’s reputation as an employer

Interviews and consultations found “perceptual and systematic barriers to attracting and recruiting the best talent” at Arts Council England amid a belief that new employees have joined “the dark side”. 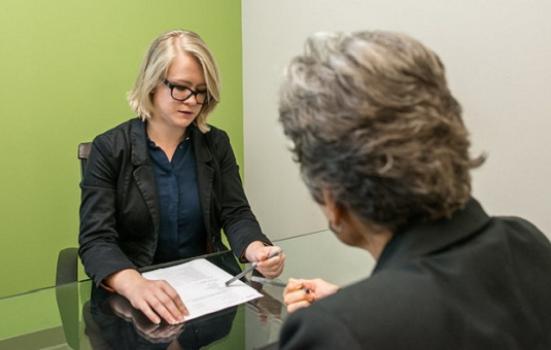 Arts Council England (ACE) staff are seen as bureaucratic “apparatchiks” whose jobs are “office based and insufficiently creative” and out of reach for diverse candidates, research into the organisation’s reputation has found.

The research is based on online consultations, focus groups and interviews with 445 people, including job applicants, potential employees and current staff. It finds the funding agency is viewed as an “ivory tower” by many – including some of its own staff.

Positive perceptions of working for ACE, such as its position of influence and attractiveness as a stable employer in an often turbulent sector, are also highlighted.

But the report is clear the Arts Council faces “perceptual and systematic barriers to attracting and recruiting the best talent from a fully diverse labour market”.

“Some respondents feel strongly that the agenda-setting and gatekeeper role ACE occupies is not utilised in the best service of some artists and communities,” say the authors.

“It is likely that these perceptions are deterring some, particularly those from underrepresented groups from positive interactions with, or applying to work for, ACE.”

ACE says that following the report, it has made changes to its recruitment practices to encourage a wider range of potential job applicants. These included reviewing its application forms, job advertisements and interviewing approach, and training hiring managers in order to reduce unconscious bias.

The report was completed in 2017 by the Institute for Employment Studies, but only recently published by ACE (a summary was released earlier this year).

They say perceptions of ACE as inflexible, inefficient and out-of-touch likely mean that many potential employees have excluded themselves from working there, thinking they were not a good fit because of “misconceptions about what the organisation looks for and what they can offer”.

Current employees spoke about the view held by some in the arts and cultural sector that working for ACE meant they had joined “the dark side”: “it’s kind of just banter but it’s also specific to the relationship they have, an easy common enemy,” one staff member explained.

This was not necessarily the reality: “on taking up employment many found their negative perceptions were not true”. Even so, the report says some ACE staff tried to distance themselves from the organisation because of its poor reputation.

One person said there are “a lot of us trying to avoid the responsibility of being the Arts Council”. Another described being at a conference where “lip curling” discussions about the funder were taking place:

“[It got to] such a point that I lied about where I work. In that context, I was quite embarrassed to say [I work for ACE], and maybe I have an ambivalence about it myself. So I ended up sort of saying I was freelancing, but I do feel like I’m not proud in a context where everyone is in the sector to say that I work for the Arts Council.”

The report paints a grim picture of perceived diversity at ACE, with many thinking the organisation was not able or willing to support diverse candidates and stuck in a “noticeably gendered profile” where women fill middle management roles and men stay at the top of the ladder.

One woman said she felt “pained” that she fit the stereotype of an ACE employee: “’interchangeable Emmas’ was an expression I’ve heard before, which is basically a white, middle-class woman, probably married, maybe a recent mum … and they’re all called Emma and you can swap them.”

A small number of well-off, white respondents thought that diversity was “appropriately represented and supported in the arts and there is no significant work that needs to be done” to change the profile of ACE.

But most felt that diversity generally – and ethnic diversity in particular – needed real development.

One individual who had been involved with ACE for more than 20 years said they were “enraged” not to have seen “meaningful progress” in the position of Black artists during that time.

“The Arts Council is calling the shots; it is a group of white people defining the artistic output of Black artists. They support what they consider to be Black organisations but nine times out of 10 those organisations are headed up by a white person. Black artists are constantly demeaned in our relationship with Arts Council England because of a power structure that hasn’t budged an inch in at least 25 years …We need revolutionary practices. How long do we have to wait?”

This frustration was echoed by other ethnic minority respondents who felt “the existing culture of the sector is stifling” and that their work was “firmly at the bottom” of the hierarchy: “boards’ comfort or discomfort with certain candidates is still palpable in certain situations”, one said.

Another person commented: “I’ve often felt isolated and wondering if it’s really worth it. Can I really make any lasting change and open doors for others?”

The report highlights the “importance of encouragement” as successful and unsuccessful applicants reported “unusual or uncomfortable interviews”.

Some said they had to be persuaded to continue through the recruitment process – one in five said they would not apply for an ACE role again, citing negative experiences or an impression that they wouldn’t be successful in future.

One applicant said their second interview “felt like a revenge interview”, while another was “shell shocked” by being questioned so hard.

A third applicant described their interview experience: “the common theme was the interviewer from the Arts Council saying ‘why on earth would you want to come in?’ and also, ‘you’re going to hate it’.”

Jobs at ACE were attractive because they are “financially competitive and present a rare opportunity to earn stable and reliable income in an arts-facing role”, the report says.

One respondent described their motivation to work for ACE: “I was attracted to be in a position to influence policy and cultural strategy and give out money rather than constantly seeking it. After 20 years in the museum sector I wanted the personal challenge of extending my knowledge to wider art forms.”

However, respondents characterised the sector generally as “a ‘closed shop’ where ‘nepotism is rife’ and recruiters gravitate towards established contacts” and expressed a view that high levels of education and experience were used unnecessarily to screen candidates for entry level jobs.

Many felt frustrated and disappointed with the lack of information about roles during the recruitment process, while others perceived it as straightforward, clear and manageable.

Over the coming weeks, ArtsProfessional will be putting your questions to Arts Council England on its new draft ten-year strategy. What do you want to ask the Arts Council about the strategy? Email editors@artsprofessional.co.uk and we'll select the most popular and interesting questions to put to ACE, and publish their responses.