A damning independent report found that personal connections, professional networks and unpaid work were particularly influential in securing work at Arts Council England, as well as in the wider sector. 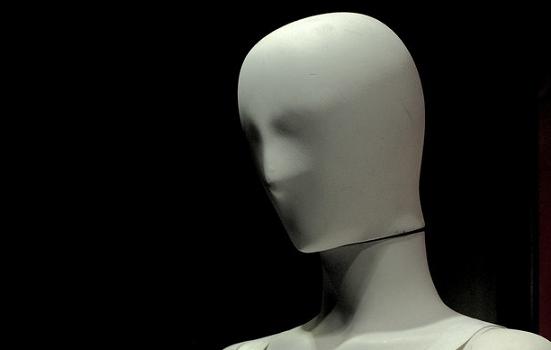 Uqbar is back on VisualHunt.com / CC BY-SA

Arts Council England (ACE) is either a prestigious and influential employer, according to those well-represented in its workforce, or a bureaucratic and out of reach organisation, according those who are underrepresented, new research has concluded.

An independent assessment of ACE’s reputation as an employer concludes that applicants from diverse demographic groups perceive the funder as inaccessible and feel that ACE looks for a particular ‘type’ to join its workforce.

Produced by the Institute for Employment Studies (IES), the report was completed in 2017, but only after repeated requests from AP has ACE released a summary of the findings this week. ACE denies having delayed publication, claiming "we were using the report exactly as intended, to inform changes to our recruitment practices".

ACE has as yet not fulfilled AP’s requests for a copy of the full report, but has now said they may be able to send it next week.

The ‘right type of applicant’

The research aimed to understand the perceptions and career motivations of job seekers at the Arts Council. It does not focus on the perceptions current employees have of the funder.

It involved both successful and unsuccessful applicants for ACE’s arts-facing vacancies, including 20% from non-white populations, and between 7% and 13% who described themselves as having a disability.

“Connections, personal and professional networks and unpaid work” were found to be particularly influential in securing work at ACE, as well as in the sector as a whole.

Those attracted to apply for jobs at ACE were found to have been drawn by the prospect of stable salaries, attractive benefits and the opportunity to influence, promote and support the sector. But perceptions of bureaucracy, homogeneity of workforce and uncreative roles deter sector job seekers from making applications.

Some are deterred by “beliefs that they wouldn’t be seen as the right type of applicant”.

The most prevalent feeling among both successful and unsuccessful applicants was that progress on diversity and inclusion at the funder was too slow.

Only the white men with established careers in the arts and white women from reasonably advantaged social backgrounds held the view that diversity was “appropriately represented” and that there is “no significant work that needs to be done in increasing efforts to promote or engage a diverse workforce”.

Those from currently underrepresented groups tended to feel that ACE’s rhetoric on diversity “was disconnected from the needed action and results.” Many commented on the “noticeably gendered profile of the ACE workforce” and identified a “high proportion of women in intermediary and middle-management roles, with a high proportion of men at more senior levels.”

The report also notes that some are deterred from applying to ACE out of a belief that the organisation is bureaucratic and rigid, and a “small number” ruled out further applications to ACE because of negative experiences, particularly regarding the length, comfort and transparency of the recruitment process.

A blog by ACE CEO Darren Henley in February this year, which due to "human error" failed to include a link to the IES report, suggests that some of the report's criticisms have been taken on board.

Henley gives details of how ACE’s recruitment processes are changing, saying “We know that the way we recruit our workforce has an impact on the diversity of our staff. It’s important that we don’t alienate, or disadvantage certain groups of applicants and we reduce the chance for unconscious bias.”

Measures being taken to achieve this include:

As well as commenting on ACE’s recruitment systems, the IES is critical of the sector as a whole. They suggest that ACE’s challenges reflect more general problems across the arts, describing the sector as “impenetrable and mysterious” to people without prior knowledge or insider contacts.

The report concludes that establishing a career in the sector as a whole requires “not only luck but a combination of dogged determination, compromise, the ability to work for low or no pay, a confidence around the language and culture of the arts and, probably most importantly, a carefully nurtured network of ‘insider’ contacts.”

It recommends that ACE engages in outreach programmes targeted at groups under-represented in the arts. It also suggests the funding body focuses on school children and their support networks to prevent an early drift away from the arts, and stresses the importance of higher quality and more readily available arts-relevant careers support, including apprenticeships, mentoring, work placements and paid internships targeted at disadvantaged groups.