DCMS says its Events Research Programme is proof events "can be conducted safely" despite thousands testing positive after attending festivals in the scheme. 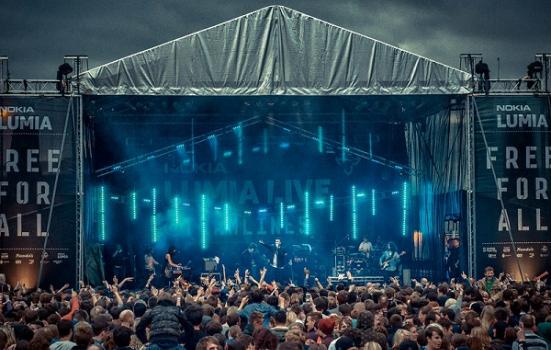 More than 2,500 people tested positive for Covid-19 after attending festivals in the Government's test events scheme.

DCMS said this week that case numbers for all 37 pilots in the Events Research Programme (ERP) were "largely in line with or below community infection rates" at the time of 1.36% to 1.57% - or between one in 75 and one in 65 people.

But analysis of cases arising after Tramlines and Latitude festivals shows 3.75% and 2.8% of attendees respectively returned a positive result. That's closer to one in 27 people at Tramlines and one in 36 people at Latitude.

ArtsProfessional asked DCMS about this but did not receive a response before the publication deadline.

There are other outstanding questions: up to 1,442 people are believed to have been infectious when they attended the festivals. Unlike other ERP events, entry was not conditional upon a negative test result provided the festivalgoer was fully vaccinated.

The latest DCMS data also places the number of cases recorded after the Circus Nightclub event in Liverpool at fewer than 10 when a release back in April cited 10 cases, a disparity the department has not explained.

While it's not clear whether people were infected at the festivals, both occurred at full capacity after restrictions were lifted and while community transmission was high.

Earlier stages of the ERP suffered from poor uptake of voluntary post-event testing, at just 25%.

Post event PCR tests were not mandatory for Tramlines or Latitude attendees and the latest data does not record testing rates or hospitalisations arising from the positive cases, which were reported via NHS Test and Trace.

Public Health England says it is important to reduce the risk of transmission from shouting and chanting in large groups, and is advising event organisers to consider "measures to manage the density of crowds in areas such as hospitality... and entry and exit points to the event".

DCMS' advice is to "remain cautious and take personal responsibility" by wearing face masks in crowded spaces and staying outside where possible - precautions that should be simple to enact at festivals.

However, the events with the highest recorded cases were outdoor only. Tramlines and Latitude had more positive test results than all indoor cultural pilots, where fewer than 10 people tested positive after each event.

Just 81 of 10,831 attendees tested positive after Download Festival, where PCR testing was required before and after the event.

Up to 4,700 recent Covid-19 cases in Cornwall have been potentially linked to a 76,000-person music and surfing festival earlier this month.

Boardmasters Festival required all attendees older than 11 to demonstrate their coronavirus status on entry, and campers were asked to take a second test during the event. Face masks were encouraged, but not compulsory.

About 450 people were turned away from the event or left early, organisers said.

Health Minister Lord Bethell commented: "We all need to comply with the advice accompanying major events... so everyone can safely enjoy these important occasions."

More positive Covid cases arose among attendees of the two major festivals than any other ERP event - except the Euros.

A staggering 9,412 cases were recorded across the month-long event, 5,700 of related to the final day. It's estimated about 3,000 of the 67,000 spectators could have been infectious beforehand.

A Public Health England report notes similar numbers of spectators attended Wimbledon with far fewer cases. More fans may have travelled for the Euros, and the "boisterous behaviour" on the concourse could have contributed to the higher case load, the report suggests.

It calls the England v Italy final "a once in a generation experience for many" and suggests its super-spreading conditions are unlikely to be replicated.

However, the authority raised questions about the usefulness of self-testing for rare or special occasion events - like the 2022 Commonwealth Games - going forward.