The sector has welcomed news there were "no substantial outbreaks" following test events, but findings from the scheme raise serious concerns about their safety and viability going forward. 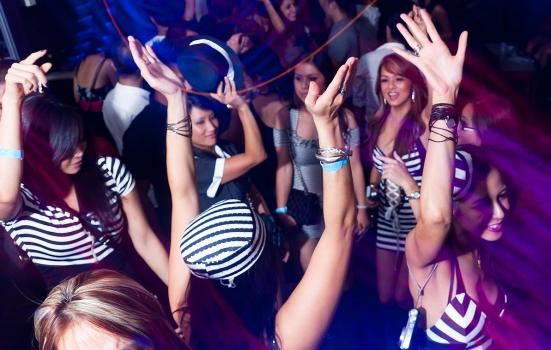 "Large unstructured" indoor gatherings like nightclubs have emerged as more hazardous in the report
Photo:

Findings from the first phase of DCMS' Events Research Programme (ERP) are misleading and "potentially hugely damaging to the sector," researchers say.

Industry organisations seized upon news there were "no substantial outbreaks" as evidence supporting a wider reopening, but the fine print makes clear the results are not to be relied upon: "Phase I pilots were... insufficient in scale, scope and study designs to generate any direct evidence based on transmission data."

Two out of four planned cultural events - a comedy show and outdoor cinema - did not take place, meaning the data mostly relates to sporting events.

DCMS said it had expected pilot participants to complete post-event tests and is exploring ways to incentivise better uptake for the second and third phases.

"However, it is is difficult to see how to make post-event testing mandatory when there is no way to hold people acountable."

A coalition of live events businesses sued the Government last week to force publication of the programme's results, saying it was "intolerable" they were blocked from seeing them after participating at their own cost.

But new guidance expected after the pilots has not been provided, leading to event cancellations.

Even then, the findings have caused concern among cultural sector researchers who said they misrepresent the reality facing event producers.

41% of people surveyed by the Office for National Statistics (ONS) said testing would encourage their attendance and 26% said it would discourage them - that leaves an "overall balance" of 15%, the department says.

But the department's calculations were based on an ONS survey in which 62% of people said they were less likely to attend a non-distanced event. Just 11% said they would be more likely.

Indigo Founder Katy Raines said it would be more accurate to say there is "significant hesitancy" about attending full capacity events.

She called the "selective use and manipulation of statistics" in the ERP report "staggering".

"The performing arts sector has been so badly damaged by the effects of the pandemic that it needs robust and accurate data on which to plan and make major decisions.

"Giving us at best a confused and at worse a deliberately misleading interpretation is potentially hugely damaging to the sector."

Despite the lack of post-event testing, contract tracing uncovered symptomatic people who attended the pilot events.

Some people managed to enter without proof of a negative Covid-19 test - one tried to get multiple tests after initially returning a positive result, the ERP report said.

It confirmed 28 cases of Covid-19 arising from data collected for the nine events, 11 of which were potentially infectious.

"Given some individuals infected before the event were admitted despite admittance being conditional on a negative LFT (lateral flow test) result, robust contact tracing capacity is necessary," the report says.

Two cases were recorded among more than 6,000 attendees at a festival pilot in Sefton Park, but the Circus Nightclub event which hosted nearly 7,000 people over two nights recorded 10 cases.

By comparison, the 3,500 Brit Awards attendees recorded no cases and the World Snooker Championship at Sheffield's Crucible Theatre recorded six cases from 10,000 attendees over 17 days.

The Phase III pilots will trial Covid status certification, or 'vaccine passports', via the NHS app.

Case numbers were lower during the first phase pilots and "prevalence is likely to rise as we continue to remove restrictions," the report cautions.

The results show a worrying correlation between the higher likelihood of Covid-19 transmission in busier spaces and organisations' financial vulnerability.

The risk of transmission was highest in indoor settings, which also contribute half of the sector's economic value.

Even a low intervention scenario - requiring face masks but no other mitigations - is expected to cause the sector's turnover to fall by 18% compared to 2019 levels.

Indoor, non-seated venues would take a 35% hit, the report estimates.

Pilot attendees generally wore masks as required - except in the highest risk areas.

Bars and restaurants present a particular issue for venues: while half of those surveyed by ONS said they were less likely to attend an event if food and drink weren't available, just 2% of people wore a face covering in hospitality areas.

Air quality was lowest at the Circus Nightclub event by a considerable margin - attendees were exposed to more carbon dioxide than if they spent six hours in a modern office.

"Clearly the CO2 levels recorded at the nightclub suggest these risks need to be addressed in areas where people will naturally crowd together and mingle for prolonged periods of time - for example, in front of a stage or on a dancefloor," the report said.

While this was the only event where CO2 levels exceeded the 'day at the office' threshold, the recordings "may not capture the situation when venues are closer to full capacity," the report notes.