Half of 2021 festivals have been cancelled

The "unfortunate milestone" is the result of delays to reopening, silence over insurance and a dearth of new guidance that pilot events were meant to provide. 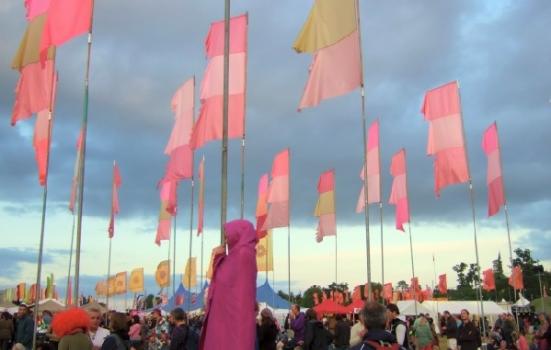 WOMAD, pictured here in 2009, is the latest festival to cancel due to Covid-19
Photo:

Half of UK festivals with more than 5,000 attendees have been cancelled.

As the roadmap to reopening stretches on and the Government remains silent on a possible insurance scheme, The Association of Independent Festivals (AIF) estimates 51% of 2021 festivals have pulled the plug.

Six weeks ago, one quarter had cancelled, leading the association to issue a "red alert". Now, without updated guidance expected from the Events Research Programme (ERP), more are delaying until 2022.

While gig calendar Skiddle lists about 50 festivals still set down for this year, most of a festival's costs fall in the month before an event, meaning now is the "real tipping point," AIF says.

"This is a milestone that nobody wanted to reach but, unfortunately, it has seemed inevitable for some time now thanks to the Government’s inaction and refusal to give organisers any kind of safety net," CEO Paul Reed said.

"Make no mistake – these cancellations were entirely avoidable."

A report by the Public Accounts Committee last week echoed the events sector's calls to "urgently consider" a government-backed insurance scheme after finding DCMS had not modelled the cost of one.

"Even now, the live music sector has no idea what the rest of the summer brings, and we are left with a complete inability to plan ahead."

Without insurance, festivals are questioning whether participation in the ERP is the only way to achieve financial security.

Several events that will go ahead are participating in the programme, with Latitude, Tramlines and Grange Festival included in the second phase of the pilots.

Others say they were approached by DCMS but not accepted into the programme.

Organisers for Kendal Calling learned last week that another camping event - Download Festival - had been selected instead.

"We have not been told the reasons why or exactly what the criteria was by the Government."

WOMAD's Peter Gabriel said the invitation to join the ERP was explained as being for festivals scheduled before July 19, which excluded the world arts showcase.

Then Latitude and Tramlines - both taking place from July 23 - were given test event status.

"[This] clearly implies that only approved test events will be protected and guaranteed the right to go ahead as normal," Gabriel said.

He described the decision to welcome the British Grand Prix into the ERP when independent festivals have been excluded as "bizarre".

"With 140,000 people attending... it certainly doesn’t seem to be supported by science."

Standon Calling, which is not part of the ERP, announced this week it would go ahead after new Health Secretary Sajid Javid firmly indicated England would progress to the next stage of reopening on July 19.

Isle of Wight Festival Promoter John Giddings also plans to continue with the event in September. He told Audio Media International that festivals were being treated as "second class citizens" and, unlike televised sporting events, rely entirely on ticket sales to break even.

"We have to beg to have test events, which is pathetic."

More festivals have fallen foul of the four-week delay, with Kendal Calling and Truck Festival cancelling in the past week.

"Without the necessary assurances and and guidance from the Government, it's become too risky for us to put the event on," a statement from Truck Festival said.

WOMAD is the latest to nix its summer event, citing the lack of clarity around future restrictions as the nail in the coffin.

Last Thursday (June 24), Gabriel said the festival needed to know how lessons gleaned from the ERP would affect its plans.

"We struggle to understand why these trials took place if the Government can't now tell us the results and how that will affect all of us."

On Monday, it cancelled for the second year running, despite receiving nearly £250,000 from the Culture Recovery Fund: "We need an understanding of the realities of how our industry works and the benefits that we bring."

The Association of Festival Organisers too says Government must recognise that "not all festivals - in fact most - are not 20,000 young people dancing".

It has reached the point "where we have to make some demands" for financial support, the association added.

"Another major concern is that there may be even more changes to the guidelines at the last minute."