Education Minister: ‘Don’t worry about decline in arts subjects – computing is on the rise’ 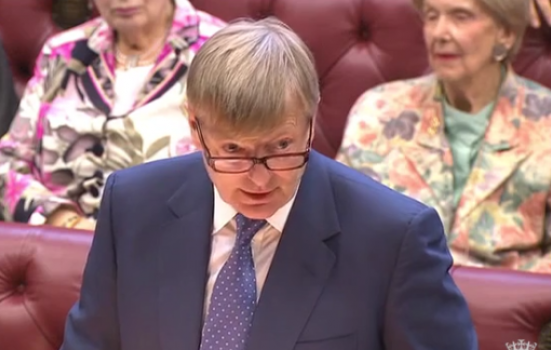 Lord Nash, who worked in venture capital for 30 years, speaking at the Lords debate
Photo:

A Minister in the Department for Education has dismissed concerns about the ongoing decline of arts subjects in schools, saying changes have been offset by increased student interest in IT and computing.

The comments, made at a House of Lords debate this week on the English Baccalaureate (EBacc), coincide with the release of new figures by exam regulator Ofqual showing a 9% fall in the take-up of arts at GCSE last year.

Responding to pressure from The Earl of Clancarty to drop the EBacc, Lord Nash, Parliamentary Under-Secretary of State in the Department for Education, said: “The decline in the subjects to which the noble Earl refers has been more than made up for in the substantial increase in the number of pupils taking IT and the now almost 70,000 pupils taking computing.”

When asked to explain how an increase in computing subjects offset a decrease in arts subjects, Nash – who worked in venture capital for 30 years, before deciding to work in education – replied: “Numerically. I think we all know that the quality of some of these subjects was not what it might be, and that quite a few people were taking some of them not because they suited them but because they were easier.”

The Minister also dismissed concerns from Lord Berkeley of Knighton that the next generation of creative artists are “not getting the necessary inspiration they need” while at school.

“As I said, it is clear to us that a number of pupils taking these subjects in the past were not the next generation of creative artists; they were people that suited, for instance, the Labour Government’s equivalence structure, whereby they were helping the statistics,” he added.

“Heads will respond only to the incentives set for them. We have set them an incentive to have many more pupils doing a core academic suite of subjects. That seems to be working and we should celebrate that. But we are investing considerably in the creative subjects, and we have a number of free schools and technical colleges focused specifically on that.”

Peers also questioned the Minister on when the Government will respond to its EBacc consultation, which closed in January last year and was scheduled to have findings published in spring 2016. The Earl of Clancarty asked whether the delay was because “the overwhelming public response voices the concern that the EBacc excludes art and design subjects”.

Lord Nash said: “I can tell the noble Earl that it is not a result of the points he has made. We have been considering carefully a great many responses, and there have been a few political issues in the meantime.”

He added he hoped the response would be available “shortly”.