An open letter to the Charity Commission’s chair argues that charging charities is not “the best course of action or the right one in principle”. 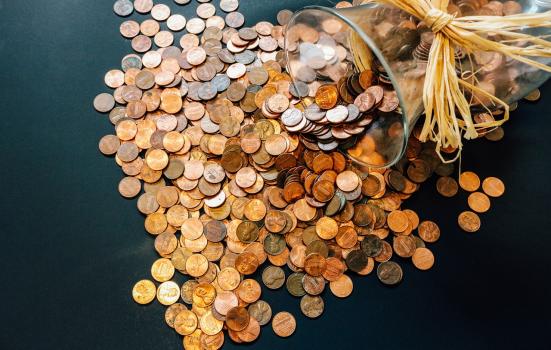 A former board member of the Charity Commission has warned the organisation against charging charities for regulation as a way of compensating for cuts to its government funding.

The regulator’s annual budget, now about £20m, has been roughly halved in real terms over the past decade. In a blog last year, its CEO Helen Stephenson mooted the possibility of charging the largest 2,000 charities for regulation as a way of addressing this.

Stephenson suggested that this could raise £7m a year. But Andrew Purkis, former board member of the commission and now trustee of the publisher and training provider Directory of Social Change, has written to the commission’s chair, Baroness Tina Stowell, arguing strongly against charging charities for regulation or other services in any way.

“DSC is opposed to the idea of charging charities for regulation, or indeed any other services provided by the commission to the sector. Of course, we understand the extreme pressures the commission is under, not least that the budget is dependent on regular public expenditure negotiations with a Government department and HM Treasury,” said Purkis.

“However, we do not believe that removing the burden from the exchequer and putting it more onto charities (and by proxy, on charitable donors) is the best course of action or the right one in principle.”

Purkis, who sat on the board of the Charity Commission from 2007 to 2010, said that if the regulator charged all charities in England and Wales it would compromise its relationship with the sector by creating a perception of dependence.

“If charities pay the piper, how many people will trust the piper to call the tune independently in the longer run?” he said.

He added that it would be “arbitrary and unfair” to charge only larger charities for regulating the wider sector. And he said that charging for specific services such as registration or submitting accounts also posed “big problems”, including possibly encouraging poorer compliance if charities cut corners to save money.

The DSC is urging people to write to the Charity Commission about this issue through its Campaign against Charging Charities.

Jay Kennedy, DSC’s Director of Policy and Research said: “It’s increasingly clear that the Charity Commission is not adequately resourced to meet the regulatory challenges it faces. However, there are serious downsides to any proposal where significant parts of its budget are derived from charities. Not least because introducing a levy or charges would be the thin end of the wedge – the more money is raised, the more the Treasury will cut.

“There are good reasons why the Charity Commission answers to parliament, not a minister or the government of the day – because its independence is critical,” Kennedy continued. “We need to explore ways of giving parliament more of a binding say in how its budget is determined. This could give the commission more and potentially more stable funding in future.”

A statement from Baroness Stowell said: “We have been clear for some time of the need for our funding to be sufficient and sustainable if we are to meet rising and legitimate expectations of the public and charities for our services into the future.

“As previously announced, we are currently working on our new strategy to deliver the commission’s purpose of ensuring that charity can thrive and inspire public trust so the sector creates maximum positive impact and benefit to society. We will not be bringing forward proposals on our future funding until that five-year plan has been published in the autumn.”

Charging charities for regulation has repeatedly been opposed by charity sector organisations, and a House of Lords committee report last year expressed “grave concerns” about the idea.

Controversy over the impact of charging on the independence of charity regulation has already arisen in relation to the new Fundraising Regulator, which is funded by a disputed voluntary levy on charities.

Accused of being “toothless” and “suspiciously devoid of the desire to tackle bad practice”  in relation to a complaint against the charity Bow Arts, which pays the levy, the Regulator rejected the idea that its role is to defend the public.

But CEO Gerald Oppenheim defended the Regulator’s record, saying: “It is wrong to assume that our funding model lessens our independence. Of the complaints we investigated in 2017/18, 81% were upheld in the complainant’s favour.

"It is true that our financial model is reliant on voluntary payments by charities, a recommendation made by an independent review of fundraising in 2015," said Oppenheim. "This review concluded that the financial burden for regulation should fall on fundraising organisations and not the taxpayer.”