Research into the effect of the digital pivot on workers has coincided with calls for better pay for social media and marketing staff. 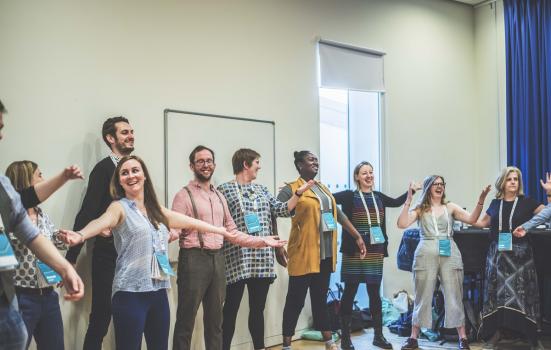 Arts professionals in digital roles felt "unsupported and under pressure" during lockdown, though new research indicates attitudes may be starting to shift.

The digital pivot amplified existing challenges for this section of the workforce, producing "a deluge of interest" from other departments as "everyone wanted a piece of digital".

The burden of being the public face of their organisation often fell to lower-paid workers whose skills weren't fully understood or appreciated by their colleagues, according to a study by Cardiff University, Nesta and the Creative Policy and Evidence Centre.

It found digital teams grew during lockdown through secondments, the most effective of improved colleagues' digital and content production skills: "Where they worked less well, they led to friction and increased workload for existing digital workers."

Alice Kent, a Communications Manager for Nesta, said pressure to strike the right tone amid a growing death toll and a 'cancel culture' led to burnout and mental health issues.

"As venues were forced to close their doors, their online presence, in many respects, became their organisation."

Arts organisations need to recognise "just how much skill is needed, and the pressure it puts on social media employees".

Indeed, the pandemic has put this into motion: "Certainly digital, I think, is being taken more seriously in terms of actually being resourced,” one study participant said.

The research comes as the Arts Marketing Association (AMA) publishes a recommended minimum pay scale for its members.

At the bottom of the scale, assistants outside of London should be paid at least £20,592 a year - nearly a third earn less that that currently, the AMA reports. Annual salaries for CEOs living in London should be at least £60,000.

"It is a skilled role, but it is often expected that entry level staff can come in and hit the ground running because 'everyone uses social media,'" AMA's Head of Marketing Amy Firth says.

"It takes time and strategic thought for social media to deliver benefits."

Digital staff believed their organisations lacked trust in their work, perhaps because they weren't familiar with it.

That, "coupled with acute awareness of the visibility of the content being produced and circulated", meant workers had to justify their approaches and manage resources, the study found.

“I felt like I was having to call a lot of the shots about what was important and fight a lot of the fights by myself in this insecure job role,” one interviewee commented.

Researchers interviewed 19 people working in museums and galleries who said their colleagues didn't understand digital strategies or the business case for them.

They felt their colleagues "often had some way to go in understanding these points".

Kent says social media is treated as an "add-on" to an existing role in many organisations, while AMA members say they are expected to be graphic designers, video editors and social media savants on slim resources and salaries.

"As we navigate out of the crisis, organisations need to be realistic in resourcing this activity – and that starts with people."

One interviewee described the pressure to deliver beyond the resources they had for managers who "didn't really understand the capacity of digital".

The study notes: "Internal reflection on priorities for digital work going forward will be vital, alongside scenario-planning for any future rapid-response situation."

Men in arts marketing are being paid more than women in similar roles, the AMA says.

"We can’t diversify and address inequalities as a sector without this."

The survey found more progression in upper salary bands, but that pay can be quite similar across the lower-paid assistant, co-ordinator, officer and manager roles - for example, officers are being paid anything from £15,000 to more than £50,000.

"This reflect a potential issue with salaries offered and how people are valued," its report says.

"It doesn’t do anyone any favours to be coy about pay," Hume said.

"The sector has been under enormous pressure in the pandemic. We’ve undoubtedly lost a lot of talent through redundancies and people rethinking careers while furloughed.

"To be sustainable, we need to value our people properly."