The digital fundraising pilot scheme was granted almost £100k from Arts Council England’s ‘hidden’ strategic fund and is now being rolled out nationally. 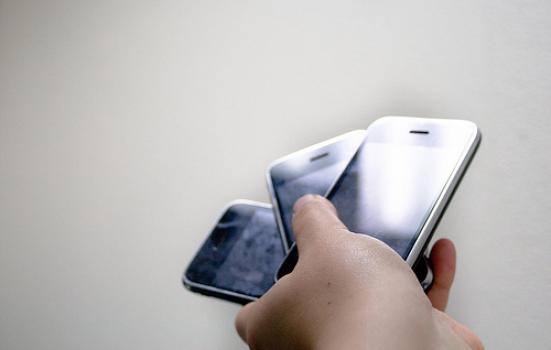 A total of £14.5k has been raised by the National Funding Scheme (NFS) for the cultural sector since its launch in March 2013, generating a further £2,900 through Gift Aid. But the scheme, which has now completed its pilot phase, has a long way to go to reach the £6m year-one and £18m year-two revenue ambitions announced at its launch.

Despite having already received over £400k from a combination of funders for the start-up and pilot phase, the charity that runs it is now looking for a further £200k to cover its 2014/15 operating costs.

The NFS provides an arts-specific digital platform that enables text/SMS, contactless payment and web donations by mobile phones or tablets and aims to raise new funds for the sector through “mass casual giving.” It has also created the umbrella brand ‘DONATE’, through which gifts to arts organisations are being channeled, and aims to use the aggregated data collected through the platform to generate “a knowledge bank of cross-sector relevance for all to benefit from.”

The scheme was trialled through its pilot period by eleven cultural organisations and is now being rolled out across the UK, with 180 organisations having so far registered to be involved. The original vision was for the NFS to become self-funding by charging a 4% fee on each donation and by selling donor data. Self-sustainability was a pre-condition of setting up the charity, but while it scales up its operations it will continue to need financial support.

The NFS has been both high-profile and controversial from the start, with one critic accusing it of replicating the functionality of the long-established fundraising platform JustGiving.com, and another arguing for “a better due diligence process from both the government and from funders to ensure that they are not paying to reinvent the wheel.” These comments came in the wake of the unusual step by the DCMS to host a launch event to publicise the plans of scheme founder William Makower and his private IT company Panlogic Ltd. At the event, held at the National Portrait Gallery in July 2012, the then Culture Secretary Jeremy Hunt threw his weight behind the idea, personally commending Makower for his work developing digital giving in the arts and describing him as “really trying to crack this problem for all of our benefit.”

Two months after the launch event a new organisation, The Donation Scheme, was incorporated to manage the initiative, but this was subsequently re-named the ‘National Funding Scheme’. The designation ‘national’ at the start of a company name is denied by Companies House unless a company can demonstrate that it is “pre-eminent or very substantial in its field” and its application must be supported by a representative body, trade association or other relevant body. Whilst Arts Council England (ACE) has confirmed that it gave no such support, AP has discovered, through a Freedom of Information request, that support for the registration of the name was given by the DCMS, a member of the House of Lords, the V&A and the National Portrait Gallery, and the new company name was eventually registered in January 2013. Panlogic Ltd continued to be involved in the technical development of the scheme until a new private limited company, Digital Information and Giving Ltd, was spun off to take over this role. William Makower remains on the boards of both private companies, as well as the NFS, which is a registered charity.

Funders that have been supporting the NFS though its first year include Nesta, which has granted £200k through its Innovation in Giving Fund, and Creative Scotland, which provided £18k from its Innovation Fund. The RSA, of which Makower is a Fellow, made two grants totalling £7k through its Catalyst programme, and the Paul Hamlyn Foundation (PHF) granted £50k to the NFS, plus an earlier grant of £23.5k to Panlogic for the scheme’s research phase, contributing to a business plan. Former PHF Director Robert Dufton, who is also a non-executive board member of ACE’s London area, has been a trustee of the NFS from the start and is now its Interim Chair.

Despite the fact that ACE is contributing £6m to the £7m Digital R&D Fund for the Arts, (a partnership between ACE, Nesta and the Arts and Humanities Research Council that was set up specifically to support collaborations between arts organisations, technology providers and researchers using digital technology to develop new audiences and business models for the arts sector) its £97k grant to the NFS is being paid out of its Grant in Aid strategic funding budget, for which projects need go through neither an application procedure nor a tendering process. A spokesperson told AP: “As [the NFS] was a pilot we used some of our Grant in Aid for this investment as we felt that it met a gap in our funding… we were approached directly by the National Funding Scheme who presented the project to us. The process in deciding to fund the project was a consultative one in which it was clear that the Scheme had developed a working digital platform and had already started to have discussions with various partners and was therefore strategically positioned to carry out this pilot.”

During the pilot phase, most of the £17.4k raised to date through the NFS has come from web app donations, which accounted for nearly two-thirds of the sum and 93% of actual donations. Fewer than 200 of the 524 donations were made by text, with a value of £1,000 – 7% of the total sum raised. Donations of £500 or more were made to three different organisations, the largest single sum of all being £1,250, which was donated by a board member of the recipient arts organisation. But of the total raised, £9,000 was generated at a single event – a charity awards dinner where volunteers were on hand with iPads and laptops to assist donors and encourage giving, and a live feed on screen showed donations building in real time.