New research finds 80% of creative businesses expect to grow in the next three years, but urges further support from the Government to ensure barriers such as Brexit and a lack of funding can be overcome. 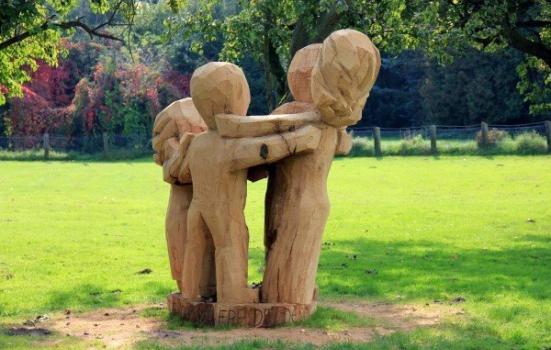 Traditional measures of growth are unsuitable for the creative industries – widely recognised as one of the most successful parts of the UK economy – a new report has warned.

A survey of more than 1,000 creative businesses, grant-funded organisations and freelancers by the Creative Industries Federation finds “increased profile” and “social impact” are just as important to the creative sector as turnover or headcount – the measures usually used by Government and public bodies to assess growth.

The research also says that fluctuating income across multi-year project work, common for cultural organisations, contradicts the idea that growth is usually linear.

“Many creative enterprises reported that those offering finance and support were either lacking in their understanding of the way the creative industries work, or could not tailor their product or service to their specific needs,” the report reads.

The vast majority (81%) of respondents are predicting growth, according to their own measures, over the next three years, with most aiming to grow at a steady rate over a long period of time.

The report says that while Government support for businesses with high-turnover potential is welcome, the majority of growing creative businesses sit outside this bracket but “require just as much focus, given their significant contribution to the UK economy”.

Recent figures released by DCMS confirm the creative industries are an increasingly important part of the UK economy, growing faster than the UK economy every year since 2010, and creating jobs at twice the rate of the UK’s average job growth.

The survey also identified barriers to growth including a lack finance or funding and appropriate business support. There is also a concern that Brexit and “the devaluing of creative education by Government” will limit the ability to recruit talented people to the sector.

The Government is urged to safeguard and strengthen public investment in the creative industries and maintain their existing tax reliefs. The report also says politicians should empower local stakeholders, including councils and Local Enterprise Partnerships, to implement policies that attract creative businesses, such as creating co-working spaces.

In addition, the research calls for an equivalent to Tech Nation network, which receives £5m a year funding from DCMS and supports technology entrepreneurs at all stages of their business through activities such as guidance, workshops and signposting.

But although it stresses creative education and skills development are the foundation for growth and calls for the Government to restore creative subjects “back into the heart of the curriculum”, the report does not specifically call for a change to the English Baccalaureate education policy, which has been widely held responsible for helping squeeze the arts out of schools.

This aligns with CIF’s new strategic direction under interim CEO Alan Bishop, who has backed away from CIF’s previous calls for the EBacc to be withdrawn, telling AP he didn’t want to spend time on negative campaigning.