New research says that “when it comes to reaching more diverse and younger audiences … digital may be having less of an impact now than when the study began in 2013”. 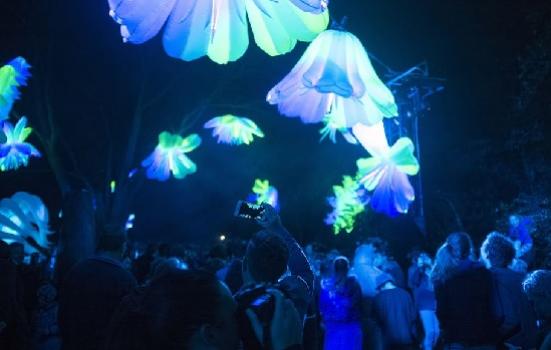 Research from Arts Council England (ACE) and innovation foundation Nesta has revealed “a widening gulf” between large and small organisations’ capacity and capability to adopt – let alone maximise the potential of – digital technologies ranging from cameras and phones to distribution software and digital art.

Some organisations may already feel “too far behind the adoption curve” to test new technologies, the authors say. The research indicates older technologies are “reaching saturation within the sector and beginning to decrease, both in their perceived importance and in some cases their actual impact”.

Nesta’s lead on the project, Shoubhik Bandopadhyay, said this saturation point was “by no means an absolute ceiling” but shows that the sector must develop its digital literacy and find ways to stimulate experimentation amid increasing financial pressures.

This will involve distributing digital skills across staff members, partnerships with specialist organisations, increasing the digital expertise and responsibility of senior leaders, and using data rather than simply collecting it, Bandopadhyay said.

The low impact of digital activities on arts audiences presents a challenge for ACE’s strategic goal to reach a broader cross-section of the public.

The research report says more organisations are seeing the effect of tech on their business models, public profile and audience development “but there has not been marked progress across the sector as a whole over the six years of the study”.

There has been “no sustained progress” on any of the main measures of audience reach – size, diversity and depth of engagement – despite the innovations available to support it.

“When it comes to reaching more diverse and younger audiences, organisations are reporting that digital may be having less of an impact now than when the study began in 2013.”

The low number of organisations using data to improve membership schemes may be behind the “almost unchanged levels” of impact, the report says.

In its introduction, ACE’s Executive Director of Enterprise and Innovation Frances Runacres said initiatives like the Digital Culture Compass, an online toolkit for improving digital strategy launched last week, and its Digital Culture Network will aid the sector’s development.

The report says “a widening gulf” between small and large organisations’ digital work is clear: “While the ability to invest in new technologies and benefit from economies of scale that come with higher overall income is undoubtedly a factor in these disparities, it is not the full picture.”

National Portfolio Organisations and those with a turnover of more than £500,000 per year performed better on digital adoption, digital skills and data use. Bandopadhyay attributed this to their “natural advantages”: relative financial security, the ability to absorb risk and, in the case of NPOs, requirements to produce a digital policy and plan.

But the report notes “the sector as a whole has struggled … to develop a more a more experimental mindset regarding digital technologies”.

Senior managers appear to have become less informed about digital matters: 13% of organisations said their senior managers are “knowledgeable” compared to 22% in 2013.

The proportion of organisations that said digital activities “can be cut when budgets are tight” increased from 16% to 21% in the last two years.

More than half the 1182 organisations surveyed in 2017 were not selling tickets online, a finding the report authors called “surprising”.

Social media use is high but only 11% of organisations regularly use it to engage younger audiences.

And there has been no significant growth in their use of data over the past six years: “Apart from the most basic data-related activity of using audience contact details to send out newsletters, no other data activity is being carried out by a majority of sector organisations,” the report says.

It acknowledges the challenge organisations face in more strategically using digital technologies to add value for their audiences, workforce and artists.

“The increased financial pressure which organisations are working under will inevitably impact on their ability to adopt more resource-intensive digital activities, such as dynamic pricing or virtual or augmented reality technology, and it is unrealistic and probably undesirable for organisations to prioritise more sophisticated technologies for marginal gains.”