Manifesto pledges would see the party deliver on earlier proposals for 90% of pupils to study the EBacc, and establish a new curriculum fund to develop “knowledge-rich” classroom resources. 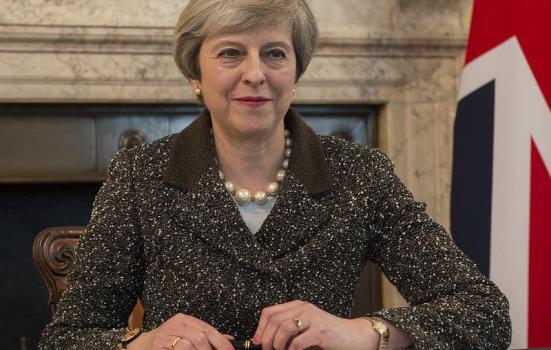 75% of pupils will be expected to enter for the English Baccalaureate (EBacc) combination of GCSEs by the end of the next parliament if the Conservative party wins next month’s general election.

The party manifesto sets out ambitions for all children to have access to “an academic, knowledge-rich curriculum” and 90% of pupils will be expected to study the EBacc combination of academic GCSEs – which excludes arts subjects – by 2025. This is five years later than originally planned.

Among its other proposals for education, the party says it will also introduce a “curriculum fund” to encourage the country’s leading cultural and scientific institutions “like the British Museum and others” to help develop “knowledge-rich materials” for schools.

Creative and design subjects are among a group of subjects earmarked for major change. The manifesto pledges to replace 13,000 technical qualifications with new qualifications known as T levels, and creative companies are promised that a Conservative government would help provide the skills and digital infrastructure they need.

The arts and culture are described in the manifesto as being “at the heart of the regeneration of much of modern Britain”. The document states that the party’s “strong support for the arts” will be continued, and gives an assurance that more of that support will be based outside London.

It says: “For our civil service and major cultural bodies to claim to be UK institutions, they need to represent and be present across our whole United Kingdom. It is also wrong that while some of our major cultural institutions have made efforts to gain a presence across the UK, others have not.”

It states that “significant numbers” of UK Government civil servants and other public servants, including senior posts, will be moved out of London and the South East to cities around the UK, so that “operational headquarters as well as administrative functions are centred not in London but around Britain”. This, it says, will include “the arts and cultural organisations that give our United Kingdom such strength”.

The role of cultural institutions in amplifying “Britain’s voice on the world stage” and as “a global force for good” is recognised. The manifesto promises that the Conservatives would continue promoting those institutions, including a pledge to “ensure they have the resources they need” to do this.

Other pledges relating to the arts and culture are:

A commitment is made to hold “a Great Exhibition of the North in 2018,” although plans for this are already underway.

The commitment to pressing ahead with proposals for the compulsory EBacc has been met with dismay by the Bacc for the Future campaign, which is pressing the Government to “urgently drop its plans to press ahead with an unreformed EBacc”.

A spokesperson said: “With the creative industries one of our fastest growing sectors, and likely to play an even more important role in a post-Brexit world, we urge the Government to listen to the 2016 consultation – the response to which has not been published yet – and drop plans for a backward looking EBacc.”

The Creative Industries Federation has also issued a warning, saying that what is “missing from the Conservatives’ manifesto is how the party will respond to the decline of take-up of creative subjects in schools”.

A commitment to deal with skills shortages cannot be fulfilled, it says, “unless it is translated into robust national policy”. The Federation will “continue to push for greater understanding by policy-makers of the skills needed by our sector”.