The first written evidence to be published by the Culture, Media and Sport Select Committee reveals deep divisions in the sector over the London/regions funding balance. 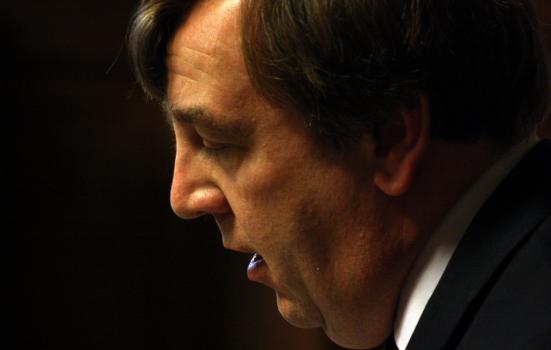 More than 200 submissions of evidence have been made to the forthcoming Culture Media and Sport Select Committee inquiry into the work of Arts Council England (ACE), 59 of which have already been made public. The published submissions reveal deep divisions across the arts sector. Many conclude that funding cuts are the most serious threat facing the sector though some, including Unicorn Theatre, make the point that the arm’s length principle is valuable in protecting a “sustainable funding model notwithstanding central government changes”. However, widely differing views are put forward on the distribution of that funding, especially geographic distribution, which will be a specific focus for the Committee.

Representative bodies are among those calling for the funding imbalance between London and the regions to be redressed, including Arts Development UK, which points to “imbalance, not simply between London and the regions, but between urban and rural, metropolitan centres and suburbs” and UK Theatre/Society of London Theatre, which calls for a shift in the balance of its revenue funding to be a long-term priority for ACE. The Touring Partnership Limited, representing the leadership of nine of the largest independent regional theatres, comments on “extreme disparity between the distribution of funds to London and the rest of the country” and says that the “current pattern of combined state intervention and Lottery distribution heavily exacerbates this inequity”.

But this view is by no means universally held. The London Museums Group says: “Arts Council funding and support towards London-based museums is equitable in relation to the rest of England, and in areas such as support to the workforce London is in fact at a disadvantage compared to the rest of England.” Jeanette Siddall believes there is evidence that “Arts Council England investment already disadvantages London” with regard to dance organisations; and Tricycle Theatre says: “it is essential that there is no reallocation of existing funds as this would lead to the major destabilisation of what is a very precarious theatre-ecology.”

The National Opera Co-ordinating Committee, an informal grouping of large-scale UK opera companies, describes ACE as having “skillfully and strategically supported the opera sector to maximize engagement and deliver best value over a long period”, and offers examples of how “the UK’s opera companies are joining forces to reach new and wider audiences across the country”. But an opposing view is presented by Simon Albury who, from his perspective as a Friend of the English National Ballet and a Friend of Covent Garden, says ACE’s “suggestion that National organisations based in London belong to the nation and that they have a role in touring across England appears hollow when one considers the different examples of the English National Ballet and the Royal Ballet”. He expresses concern about the criteria underpinning decisions on funding, in particular in relation to the touring of national ballet and opera companies, and describes ACE as taking a “patrician perspective which prefers to keep opaque the policy on which its funding decisions are based. This precludes effective public debate on ACE policy and effective public accountability”.

As well giving oral evidence at the committee, ACE has submitted written evidence based on its report ‘This England’, which sets out to explain its investment strategy and provide supporting evidence to back it up. The submission states that ACE “champions regional funding for arts and culture” as part of its mission to ensure the widest access and reach, and presents figures to illustrate how the English regions benefit from this, relative to London. But AP’s Liz Hill has re-analysed ACE’s original data and concluded that ACE’s selective interpretation of the figures was “designed to disguise a London-centric funding strategy and preserve the status quo”. Her observations have also been circulated to the committee.

The first evidence session is due to be held next Tuesday, 25 March at 10.30am and will consider the scope, scale and remit of ACE and how it makes its funding decisions. First to be questioned by the Committee will be Dame Liz Forgan, the former Chair of ACE who was succeeded by Sir Peter Bazalgette in February 2013. Following her will be Peter Stark, Christopher Gordon and David Powell, authors of ‘Rebalancing our Cultural Capital’, the report that revealed the extent to which ACE’s funding is biased towards London and sparked the Committee inquiry. Proceedings will be livestreamed on parliament TV.

Parliament to take up the regional arts funding baton
New figures reveal the true extent of the London/regions divide
It’s England, Jim, but not as you know it