£2.5m has been pledged to enable the feasibility study for the £278m venue to be concluded after the Government pulled out. 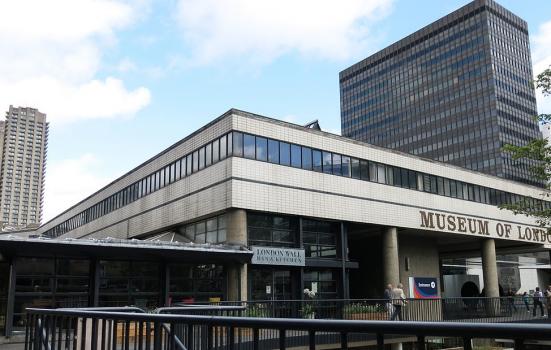 Proposals to create a Centre for Music in the heart of London have been resurrected by the City of London Corporation, which has given the go-ahead for up to £2.5m in funding to complete a detailed business case.

The vision for a new world-class concert hall, initially put forward by the Barbican Centre, London Symphony Orchestra and Guildhall School of Music & Drama in 2014, included an ambitious educational offer. The proposed venue was championed by conductor Sir Simon Rattle, whose decision to return to London from Berlin was said to be linked to this.

Plans were halted in November 2016 when the Government withdrew its support. Then Chancellor of the Exchequer George Osborne had pledged £5.5m for a feasibility study, but after spending £1.25m the Government concluded the project did not offer value for money for the taxpayer.

The business case, which will be completed by December 2018, will test whether it is viable to build the centre on part of the Museum of London site, which will become available when the Museum moves to a larger site at West Smithfield.

The City of London Corporation, which has stepped in to fund the business case, invests £80m every year in heritage and cultural activities, and describes itself as “the UK’s biggest funder of culture after the Government, the BBC and the Heritage Lottery Fund”.

Mark Boleat, Policy Chairman at the City of London Corporation, said: “This decision re-affirms our commitment to transform the area surrounding the Barbican into a world-leading cultural hub for the arts, heritage and learning.”

“We recognise that culture – open and available to all – is what attracts people to visit, work and live in London and the UK,” he added.

Mayor of London, Sadiq Khan, has welcomed the news, saying: “I’m delighted that the City of London is pressing on with plans for a world-class concert hall. This state-of-the-art centre could strengthen yet further London’s stellar reputation as a global leader for culture, and also give people of all backgrounds across the capital the opportunity to enjoy first-class music, including young and budding musicians. I look forward to seeing how the plans evolve.”