The Government is encouraging the sector to welcome the public back, but museum directors warn that “permission to reopen does not resolve the huge issues currently facing the sector”. 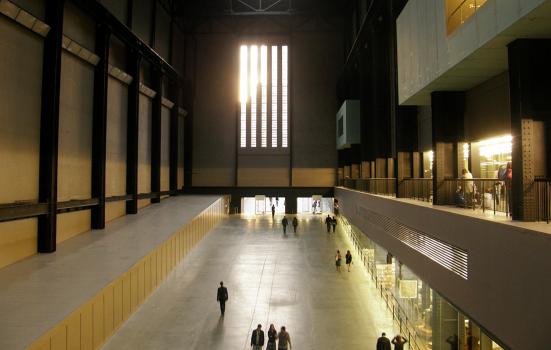 Permission to reopen museums and galleries in England has been warmly welcomed by the National Museum Directors’ Council (NMDC). The leaders of Tate, the Science Museum Group, Natural History Museum, National Gallery, British Museum and Victoria and Albert Museum say they will now be working closely with government, trade unions and supporters, “to see how and when we can open our doors again in a financially sustainable manner, for the long term.”

But the NMDC, the Museums Association and the Association of Independent Museums have jointly warned that “permission to reopen does not resolve the huge issues currently facing the sector”.

The three organisations, which represent many of England’s smaller museums and galleries as well as much larger national institutions, say that while museums are eager to welcome back families, schools and communities and to support their local economies, this is only “a starting point from which museums can make practical plans based on the latest public health advice while ensuring staff and visitor safety, and working within their different financial and local contexts.”

The Art Fund is offering grants from a £2m fund to support museums and galleries through reopening and beyond, but recognises that many museums and galleries will need Government support to secure their future. Director Jenny Waldman said: “It’s great news that museums will be able to start opening their doors again from July 4 but for many this will take longer and the future of these vital beloved spaces remains uncertain.”

By no means all venues will be ready to reopen on 4th July though. The National Gallery will reportedly be among those that will open as early as that, but Iwona Blazwick, director of the Whitechapel Gallery, told The Guardian they hope to reopen in mid-July, with a “one-way system and a timed-and-booked entry scheme” and staff wearing ‘art visors’ made at Goldsmiths.

Cinemas are also being allowed to reopen, but HOME in Manchester is preparing for a 4th September opening rather than July. Executive Director Jon Gilchrist said: "While we are aware that the Government has stated cinemas may reopen from 4th July, this is not the best option for many independent cinemas like ourselves whose programmes do not focus on the Summer blockbusters. Instead, we want to take the time to make the necessary adjustments to the building, and to speak to our audiences about how they can be involved in our plans." He estimates that with social distancing measures in place, cinema capacity will initially be around 20% to 30%, and HOME is also planning on fewer screenings per day, to avoid bottlenecks into cinemas and allow enhanced cleaning in between screenings.