Announcement of reopening brings little cheer to music and theatre

Although museums and galleries in England and Scotland can prepare to reopen, the  performing arts remain in lockdown and fears grow for the future of venue-based organisations. 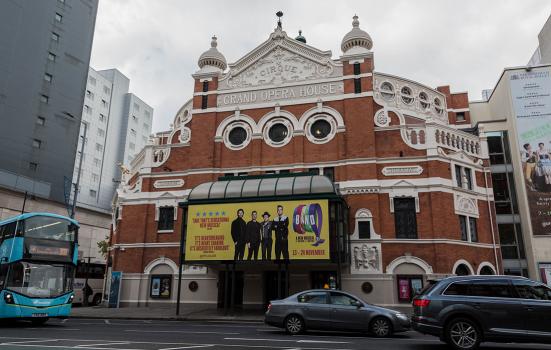 Government announcements that museums, cinemas and theatre venues in England and Scotland can reopen soon, and the reducing of England’s two-metre distancing rule to ‘one-metre-plus’ from 4th July, are little comfort to the performing arts sector. Fears over Covid-19 transmission mean live performances will still be forbidden.

Even under the one-metre-plus rule, the economics of many live performances are such that they will not be viable. Theatre owner and producer Cameron Mackintosh has already announced that his West End shows have been cancelled until 2021, and is planning redundancies on all shows due to the “impossible constraints of social distancing”.

UK Music Acting CEO Tom Kiehl is urging the Government to act swiftly to ensure the music industry is not treated like “a forgotten relative”.

Kiehl said: “Thousands of people who work in the music industry, which generates £5.2 billion a year for the UK economy, are struggling to survive and many businesses will go to the wall unless we get the vital support needed to get the music business back on its feet.

“…With much of the financial support from the Government tapering to an end over the next few weeks, the music industry urgently needs to know what financial help will be available to support businesses survive while they remain closed.”

He is calling for live music to be given VAT relief on future ticket sales, which would amount to a lifeline worth up to £300m to the sector over a 12-month period.

Thousands of jobs at risk

Prime Minister Boris Johnson told the House of Commons that theatres and other arts venues will be given “specific guidance” to help them restore live performances “as soon as possible”, and a taskforce from the arts and cultural sector  is advising Government on “creative ways to get these sectors up and running again”. But no date or timetable has yet been established, and whenever it does emerge, the guidance is predicted to be insufficient to prevent the swathe of redundancies already being planned in the sector. Kiehl warned: “If the UK Government does not provide swift and well-targeted support to the music sector, we will see venues close for good, thousands of job losses, as well as the loss of irreplaceable musical talent and technical skills – even if the industry is able to return to economic viability.”

Equity General Secretary Christine Payne is calling on Culture Secretary Oliver Dowden and Chancellor Rishi Sunak to "urgently bring forward an investment plan for the sector to protect jobs and workplaces", saying "without one, efforts to develop return to work guidance will be meaningless.”

Redundancy consultations have been announced at several more theatres this week. At Theatre Royal Plymouth, more than 100 jobs at risk from a total workforce of 340. CEO Adrian Vinken said the lockdown had wiped out nearly all its income. This, combined with the ending of the Government’s furlough scheme in October and research predicting the slow return of audiences when doors reopen, means the organisation is preparing for a financial crisis that could last for 12 months or more.

Oxford Playhouse has informed staff of a series of “essential measures” to ensure the long-term survival of the theatre.  It is embarking on redundancy consultations that will affect up to ten of the 50 contracted staff.  Other cost-cutting measures include suspending all operations in August, including the Ticket Office. It will be exploring other income generation through external hire of its spaces.

Among many other venues announcing their preparations for redundancies are Theatre by the Lake in Keswick, Newcastle’s Theatre Royal, Birmingham Hippodrome and the National Theatre.

All the UK countries are  awaiting news that will help them move forward, and in its absence, jobs in Northern Ireland, Scotland and Wales are also being placed at risk of redundancy. Wales Millennium Centre has announced it will be closed until at least January 2021, and 250 jobs – two-thirds of its total – are at risk of redundancy, including 85 permanent staff.

A statement for the Grand Opera House Trust in Belfast said "119 roles are at risk of redundancy with a total of 108 employees potentially impacted."

In Scotland, the Government has shown some willingness to support the sector, offering a £1m interest free 6-year loan to Edinburgh Festival Fringe Society. But there has been no recognition yet that others are in an equally precarious position and both the Royal Lyceum in Edinburgh and Pitlochry Festival Theatre have announced they too are preparing for significant redundancies.

Elizabeth Newman, CEO at the Pitlochry venue, told AP that Chancellor Rishi Sunak’s announcement at the end of May forced the Theatre to “take significant steps to ensure the organisation does not go bankrupt in November”, including “conversations with individuals with posts which we have identified as being at risk of redundancy as a result of the impact of Coronavirus.”
Newman said: “Scottish Government are being supportive but all of us are living in uncertainty and no financial resources have yet been committed to any of us.”

The theatre is the largest employer in Highland Perthshire and knows how important it is to the local community.

She continued: “We do feel we're continuing to serve our communities and we remain entirely committed to engaging the public and making art for them in any way we can. Our online series for instance has reached over 100,000 people. And this is just one of the artistic strategies we’ve put into place since lockdown. And from the feedback we’ve had and the data we’ve gathered all the initiatives seem to be making a real difference in lots of peoples challenging lives right now.”